MRT-3 files raps vs engineer who brought ammunition to station 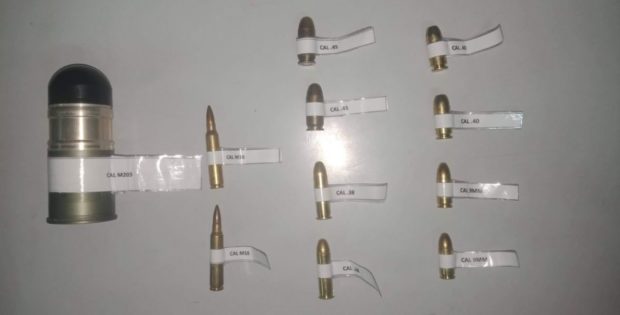 MANILA, Philippines — The management of the Metro Rail Transit Line 3 (MRT-3) has filed a criminal complaint against an engineer who brought various ammunition at one of its stations on Thursday night.

A complaint for violation of Republic Act No. 10591 (Comprehensive Firearms and Ammunition Regulation Act) and Republic Act No. 9516 (Illegal Possession of Ammunition and Explosives) has been filed against Xavier Sumaya, a 26-year old electronics engineer.

Investigation showed that Sumaya arrived at the MRT Taft Avenue Station around 8:20 p.m. on Thursday.

He was immediately brought to the headquarters of the Pasay City police for investigation.

The MRT-3 said that it “continues to implement stricter security measures within its premises” and urged commuters to remain vigilant for suspicious items, activities and individuals.

“We would like to ask our commuters to remain vigilant and report immediately to our security personnel the presence of suspicious items, activities, and even individuals inside our trains and stations,” it said in a statement.