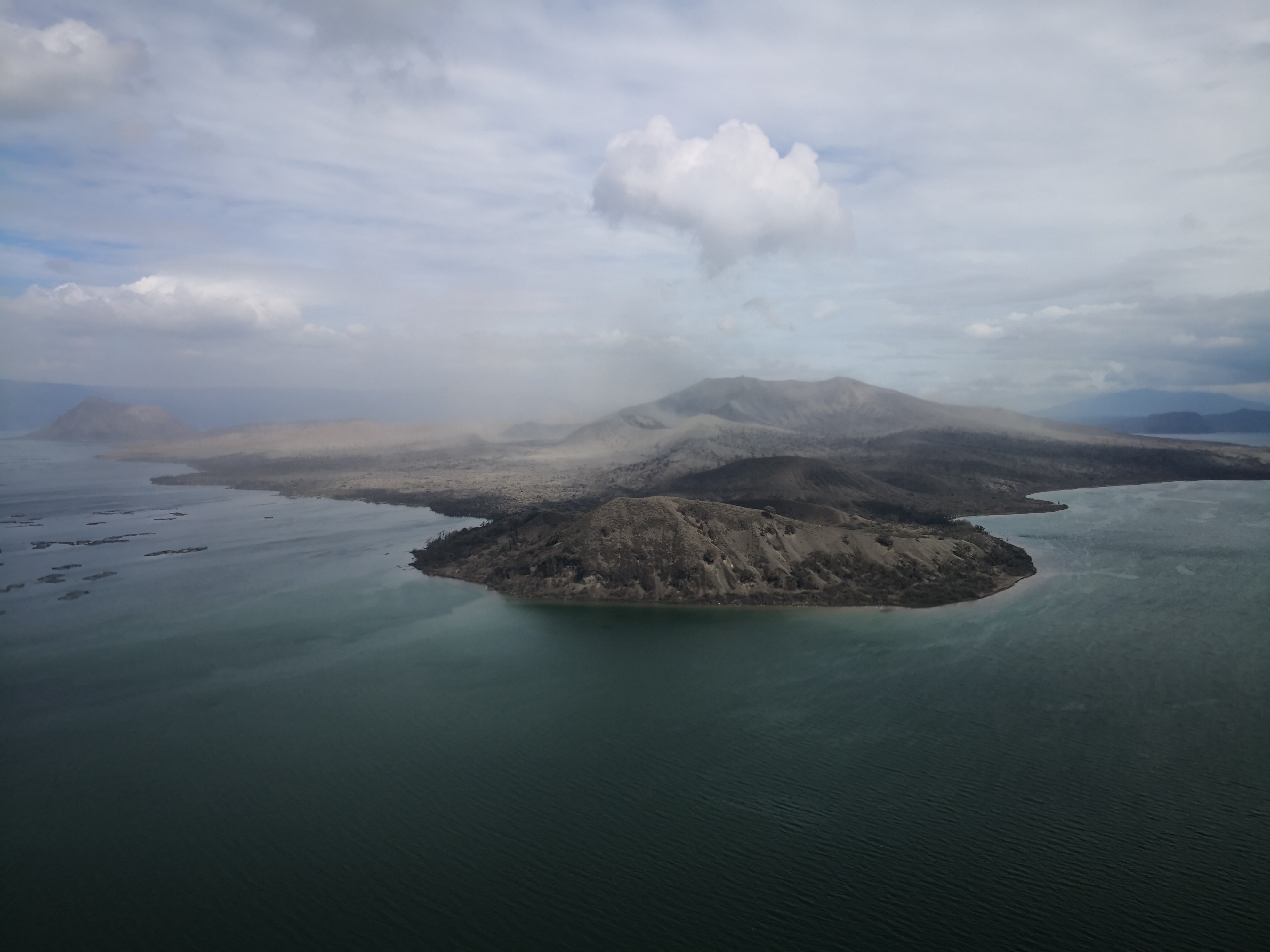 Aerial shot of Taal Volcano. Phivolcs and the NDDRMC, with Armed Forces of the Philippines and some reporters, flew on a Huey 2 helicopter for its first successful aerial inspection of the damage brought about by the Jan 12 eruption of the Taal Volcano. Usec Ricardo Jalad of NDDRMC noted massive damage on houses and vegetstion on the volcano island. Photo taken at about 11:30 am Jan. 17 onboard PAF Huey 2 helicopter. Photo by Clifford Nuñez

MANILA, Philippines — Steaming fissures were discovered on some parts of Taal Volcano Island, the Philippine Institute of Volcanology and Seismology (Phivolcs) said Friday.

In its latest Taal Volcano eruption bulletin, the fissures, or cracks indicating high volumes of magma, were discovered on the northern slopes of the island.

Existing fissures that were identified in several barangays in the municipalities of Lemery, Agoncillo, Talisay and San Nicolas in Batangas widened by a few centimeters, Phivolcs added.

The activity in the volcano’s main crater in the past 24 hours has been characterized by “steady steam emission and infrequent weak explosions that generated dark gray ash plumes 100 to 800 meters tall.”

Alert Level 4 is still in effect in and around Taal Volcano, which means that a hazardous eruption is still possible within hours or days, Phivolcs said.

Phivolcs also “strongly reiterated” the total evacuation of residents in Taal Volcano island and high-risk areas identified in the hazard maps within the 14-kilometer radius from the Taal main crater.

The Philippine Seismic Network, according to Phivolcs, said it plotted a total of 634 volcanic earthquakes since 1 p.m. on January 12, 2020.

Out of the recorded 634 earthquakes, 174 of these registered be at magnitudes 1.2-4.1 and were felt at intensities I to V.

Sixty-five volcanic earthquakes, meanwhile, have been recorded between 5 a.m. Thursday to 5 a.m. Friday. Two of the earthquakes registered at magnitudes 1.3-3.1 and were both felt at Intensity I.