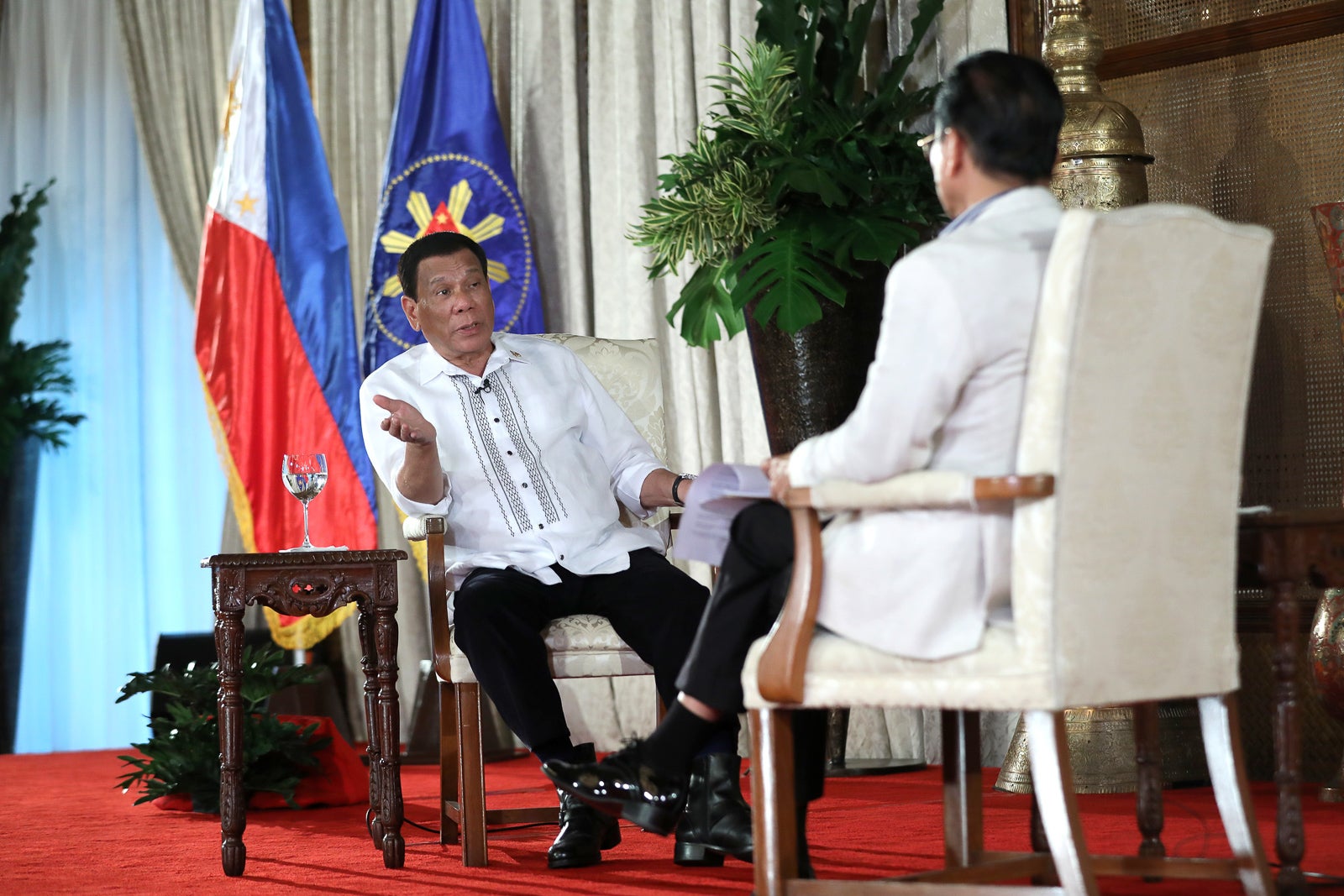 MANILA, Philippines—Presidential spokesman Salvador Panelo announced Thursday that he will have another live one-on-one interview with President Rodrigo Duterte next week to talk about matters of national concern.

In a Palace briefing, Panelo said the interview, “tentatively” set on Wednesday, Jan. 22, will be held at Malacañang and will cover all “current issues.”

“He (Duterte) told me: ‘I want to discuss many things and I want the Filipino people to listen to what I’m going to say,’” Panelo said partly in Filipino.

Panelo and Duterte had their first live one-on-one interview in Sept. 2018 where they talked about the suspension of the amnesty granted to the President’s fierce critic, former Senator Antonio Trillanes IV, the supposed destabilization plots, the martial law in Mindanao, the re-opening of Boracay Island, the entry of a third telecommunications company, and rice the supply crisis, among others.