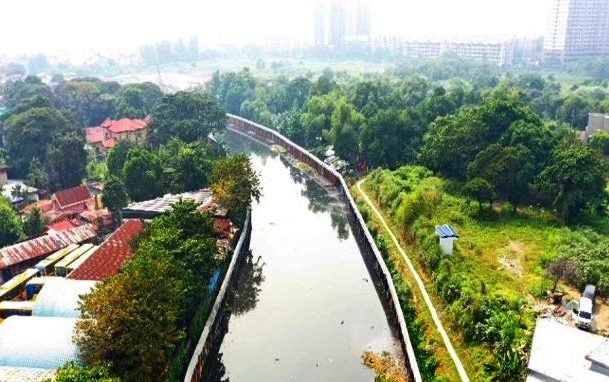 MANILA, Philippines — The Department of Public Works and Highways (DPWH) has completed the construction of a P279.3-million slope protection structure along the Taguig River.

According to Public Works and Highways Secretary Mark Villar, the protective structure aims to prevent flooding caused by river overflow in Taguig and Pateros — areas prone to flooding,  especially during the rainy season.

“As a tributary of Pasig River, Taguig River bounds places in Taguig and Pateros that are very susceptible to flooding. With the speedy completion of this project, residents can be more relieved knowing that a structure now safeguards their lives and properties,” Villar said.

Funded under the 2018 and 2019 General Appropriations Act, the project was reported to be a part of a proposed linear park and roadway which will serve as an alternate route that will decongest traffic in Taguig.