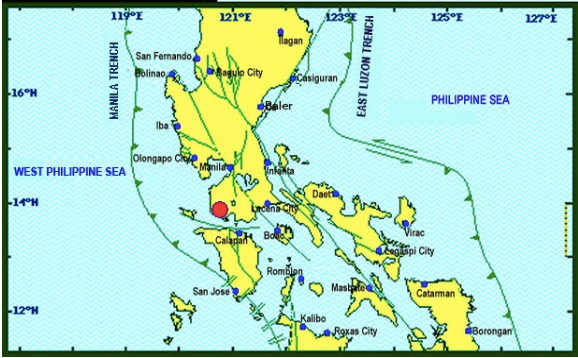 The quake, which was of volcanic origin, struck at 12:39 p.m. It was traced eight kilometers southwest of Calaca.

The tremor also had a nine-kilometer depth of focus, Phivolcs said.

Phivolcs added that other areas also felt the earthquake, and it was recorded at various intensities:

The Taal Volcano first had a phreatic eruption last Sunday. This prompted Phivolcs to raise Alert Level 4 over the volcano, which meant a “hazardous explosion is expected within days or hours.”