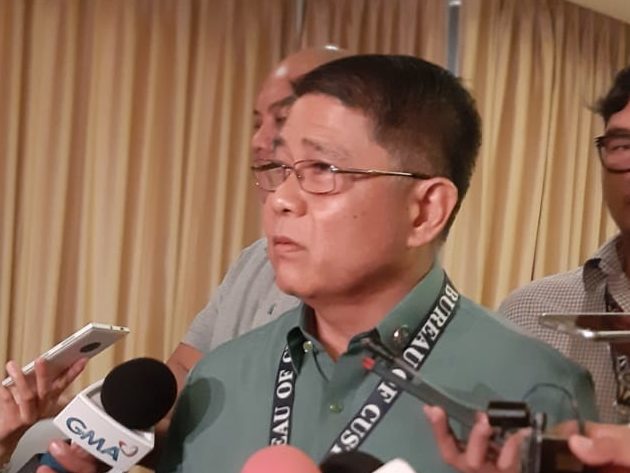 MANILA, Philippines — Bureau of Customs Commissioner Rey Leonardo Guerrero will remain in his post as President Duterte himself has expressed satisfaction with his performance.

“No. Jagger remains. I am satisfied with General Guerrero and he stays there,”he said in an interview at the Philippine Marines headquarters in Fort Bonifacio on Tuesday night.

However, Duterte wants Guerrero to boot out some officials who have been allegedly involved in corruption for a long time.

“I know there are still complaints, so I will talk to him especially about the people that he must remove. Some of them are lingering there,”the Chief Executive said.

He added: “I’ll tell Jagger to dismiss them. Because these people who have been there for 25 years, 20 years, doing nothing but corruption.”

The President issued the clarification following news reports that he had tapped Lima to be the new BOC commissioner.

Malacañang said there was no order issued regarding the supposed appointment. Guerrero himself was surprised by the rumors, saying he did not receive any order from the President.

Duterte said he only mentioned names of “capable guys” who can handle the corruption-ridden BOC, but this does not mean that Guerrero was on his way out.