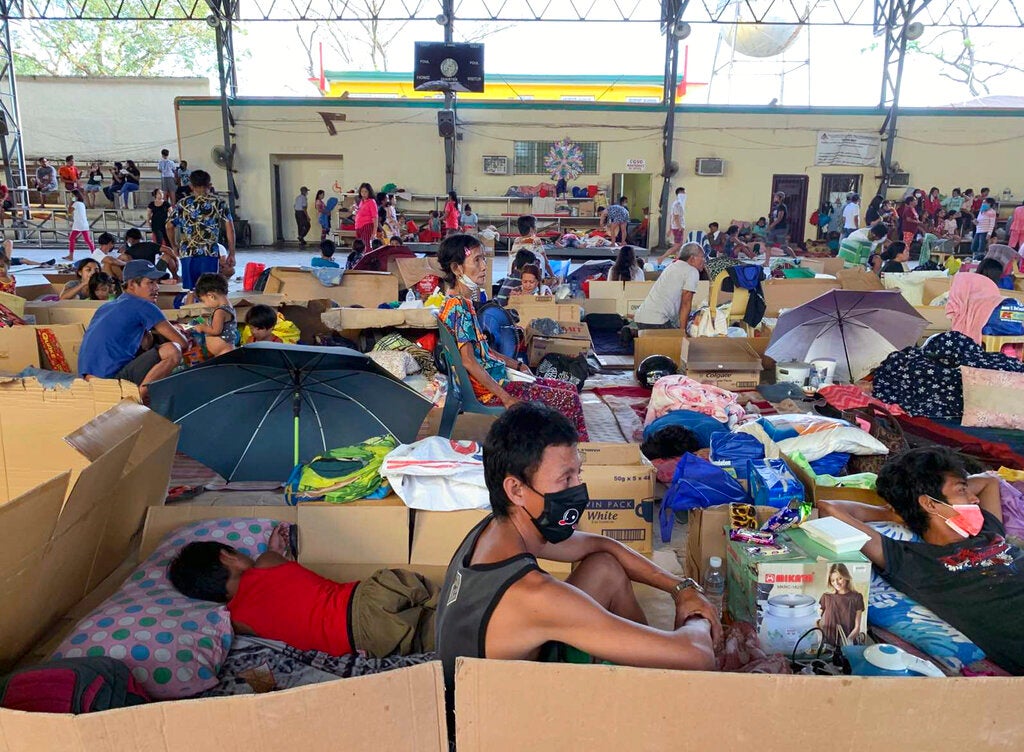 Offers of material help as well as prayers for safety have been extended to people of Batangas province adversely affected by the ongoing eruption of Taal Volcano.Vice President Leni Robredo on Tuesday distributed disaster kits and packs of relief goods to eruption-weary evacuees staying at a covered court in Santa Teresita town.

The local governments of Olongapo City, Baguio City and Bulacan province have joined Pampanga province in gathering donations for thousands of evacuees.

As Metro Manila and other areas ran out of masks for protection against volcanic ash, the Chinese Coast Guard on Tuesday donated 600 N95 masks and boxes of food packs for people displaced by the eruption.

The Pharmaceutical and Healthcare Association of the Philippines’ Cares Foundation said it was sending 16,500 face masks, drinking water and respiratory medicines for evacuees through the Metropolitan Manila Development Authority.

Help is also coming from the Church.

On Monday, Cardinal Luis Antonio Tagle requested all parishes and churches in Manila to do two collections on Saturday and Sunday to help those displaced by the calamity.

Tagle, who was recently appointed to a Vatican post, also asked that a special intention for the evacuees be included in the prayers for the faithful in all the Masses.

His request follows a Catholic Bishops’ Conference of the Philippines (CBCP) appeal to the faithful to donate food and clothing, and to offer shelter to the evacuees.

In Bacolod City, Bishop Patricio Buzon asked the faithful of the diocese to pray and extend help to the evacuees.

In the Senate, Sen. Sherwin Gatchalian said there was a substantial calamity fund to help people and areas affected by the eruption, amid reports that the fund was cut by P4 billion in the 2020 budget.

Gatchalian said the fund was reduced in this year’s spending plan to P16 billion, but this was because most of the 2019 calamity fund was unused. The unused calamity fund from 2019, amounting to some P11 billion, can still be used this year because of the law extending the validity of the 2019 budget, he said.

Sen. Richard Gordon said the Philippine Red Cross, which he chairs, had deployed five ambulances along with damage assessment and welfare teams, and also prepared face masks, hot meals, and rescue vehicles for the evacuees.

The Pampanga Chamber of Commerce and Industry, meanwhile, has appealed for cash donations from members to be used to help the evacuees.

In Tarlac City, the Supreme Student Council of Tarlac State University launched the “Project Bangon Taal” campaign to encourage students and employees to donate for the victims.

In Ilocos Norte, employees at the Piddig Municipal Hall set up several drop boxes for donations, such as bottled water, food, clothing and hygiene kits.