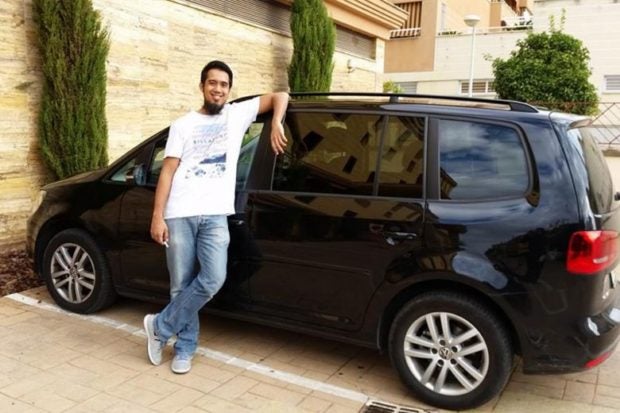 Imran Kassim (above) was charged with transferring $450 through remittance company Western Union to Mohamad Alsaied Alhmidan in Turkey for his publication of ISIS propaganda.PHOTO: IMRAN KASSIM/FACEBOOK via The Straits Times/Asia News Network

SINGAPORE — The first Singaporean here to be charged with terror financing was on Tuesday (Jan 14) convicted of the crime.

On Monday, Imran Kassim, a 36-year-old former logistics professional, admitted to transferring funds to support the Islamic State in Iraq and Syria (ISIS).

He had transferred $450 through remittance company Western Union to Mohamad Alsaied Alhmidan in Turkey for his publication of ISIS propaganda.

Under the Terrorism (Suppression of Financing) Act, introduced in 2002 to counter terrorism financing here, Imran faces prison time of not more than 10 years or a fine not exceeding $500,000, or both penalties.

On an official website, the United States government lists Mohamad Alsaied as a specially designated national, and says he is linked to ISIS.

On Monday, a Singapore court heard that while Imran did admit to making the fund transfer and that he did it to benefit ISIS, he argued that he had not broken the law as he did not recognize Singapore law and recognized only Syariah law.

Mainstream Islamic scholars say Muslims are obliged to follow the laws of the land where they live, and that ISIS and its violence are a distortion of Islamic teachings.

Imran has been detained under the Internal Security Act since August 2017 and was issued a detention order for intending to take part in armed violence overseas.

While Imran was the first Singaporean here to be charged with terror financing in April last year, his conviction on Tuesday was the second such case here.

He was charged the month before and for his crime, he was sentenced to 2½ years’ jail.