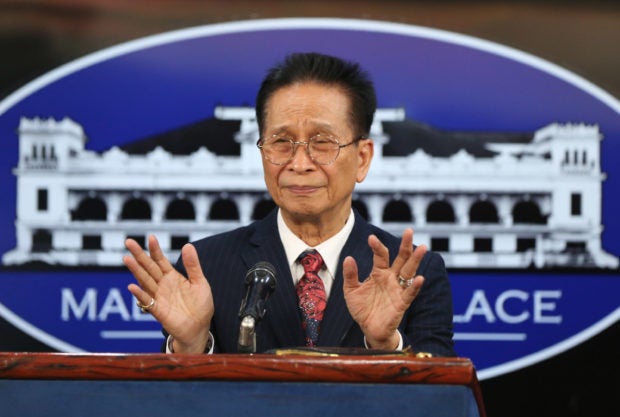 MANILA, Philippines — Malacañang on Tuesday said it will order an investigation into the alleged “overpriced” radar speed guns procured by the Philippine National Police (PNP).

“I suppose it goes without saying. When there’s an anomaly, the investigation should be forthcoming,” presidential spokesperson Salvador Panelo said in a press briefing when asked of a possible probe on the issue.

President Rodrigo Duterte has already removed the police force’s procurement power upon getting information that the purchase was overpriced.

Duterte earlier disclosed that he called Interior Secretary Eduardo Año to be the procurement authority for the police force after he found out the PNP tried to buy radar speed guns for P950,000 per unit.

The President said the radar speed guns only cost the Davao city government P10,000 per unit, way cheaper than the ones procured by the PNP.

“He’s angry about it when he discovered it. He could not believe that the radar would cost that much. In Davao City, it cost them only P10,000,” Panelo said.

In light of this, Duterte warned other government agencies to stop corruption. He also expressed desire to establish a bureau of supply to take care of the government’s procurements just like what the Marcos administration had before.