US warns vessels transiting Gulf amid tensions with Iran 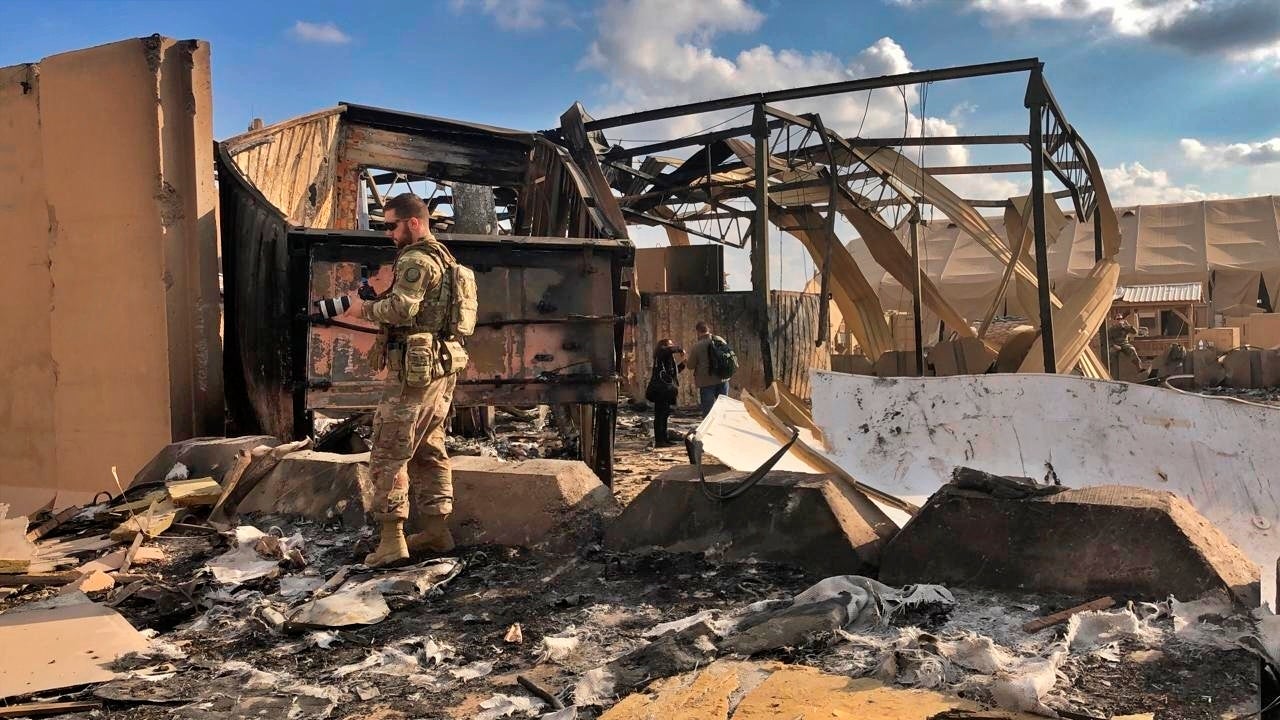 U.S. soldiers and journalists inspect the rubble at a site of Iranian bombing, in Ain al-Asad air base, Anbar, Iraq, Monday, Jan. 13, 2020. Ain al-Asad air base was struck by a barrage of Iranian missiles on Wednesday, in retaliation for the U.S. drone strike that killed atop Iranian commander, Gen. Qassem Soleimani, whose killing raised fears of a wider war in the Middle East. (AP Photo/Qassim Abdul-Zahra)

DUBAI, United Arab Emirates  — The United States on Tuesday warned of threats to commercial vessels in and around the Persian Gulf in the wake of its confrontation with Iran.

Tensions have soared since the U.S. airstrike earlier this month that killed Gen. Qassem Soleimani, Iran’s top general and the architect of its regional military activities. Iran responded by firing ballistic missiles at U.S. troops in Iraq, without wounding anyone, and accidentally shot down a Ukrainian jetliner near Tehran, killing all 176 onboard.

“Heightened military activity and increased political tensions in this region continue to pose serious threats to commercial vessels,” the U.S. said in a maritime warning. “Associated with these threats is a potential for miscalculation or misidentification that could lead to aggressive actions.”

It said vessels transiting the Persian Gulf, the Gulf of Oman and the Strait of Hormuz — through which one-third of all oil traded by sea passes — could encounter GPS interference or communications jamming.

It said some vessels have reported communications from “unknown entities falsely claiming to be U.S. or coalition warships.”

It said ships contacted by Iranian forces should identify themselves and say that they are proceeding in accordance with international law. It advised ships to refuse to allow Iranian forces to board but not to forcibly resist them, and to immediately contact the U.S. Fifth Fleet.

Iran was accused of sabotaging oil tankers in the Persian Gulf last year. It denied those allegations but acknowledged seizing a British-flagged oil tanker in response to the impounding of an Iranian oil tanker by authorities in Gibraltar. The Iranian tanker was suspected of intending to violate sanctions to deliver oil to Syria, a close ally of Iran. Both ships were released weeks later.

The tensions are rooted in President Donald Trump’s decision to withdraw the U.S. from Iran’s 2015 nuclear deal with world powers and to impose “maximum” economic sanctions. The sanctions have devastated Iran’s economy.