Whale wounded while hunting prey returned to sea by rescuers 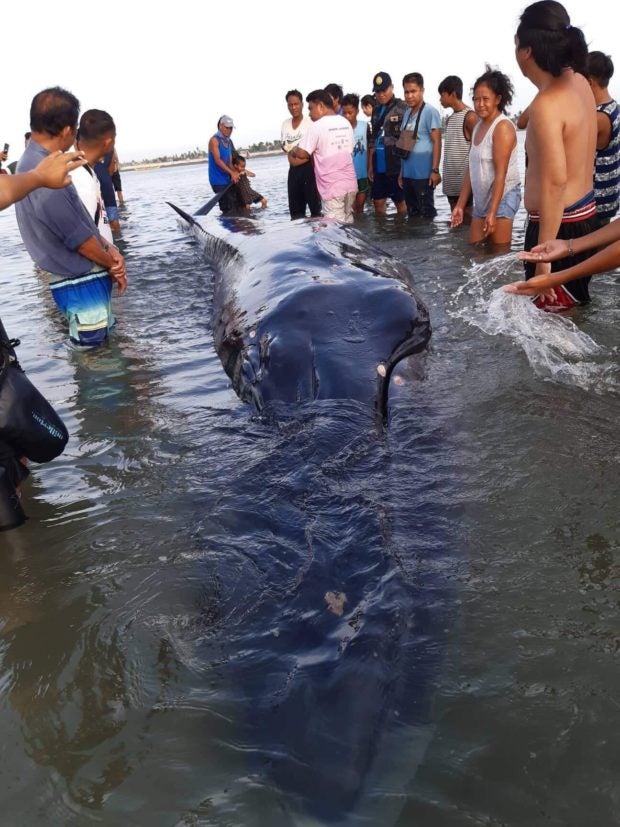 Manuel Narvadez, Donsol project manager for WWF Philipines, said that the juvenile whale that measured 8.5 meters in length was stranded after it rushed to the shore trying to catch prey.

“The whale had wounds but the wounds were not from human activity,” Narvadez told Inquirer in a phone interview. “It is natural for the whale to have those wounds.”

Narvadez said that a fisherman saw the whale strand around 4:30 a.m.

It was already 9 a.m. when residents, police, town officials, experts from the WWF and Large Marine Vertebrates Research Institute Phils were able to return the whale to the water.

Although the International Union for Conservation of Nature and Nature Resources (IUCN) lists Bryde’s whales as “least concern,” the conservation treaty Convention on International Trade in Endangered Species of Wild Fauna and Flora (Cites) considers it protected.