MANILA, Philippines—Former President Gloria Macapagal-Arroyo and former Commission on Elections chairman Benjamin Abalos still need to post bail before the Sandiganbayan even if they are already detained for electoral sabotage case, a court official said Monday. 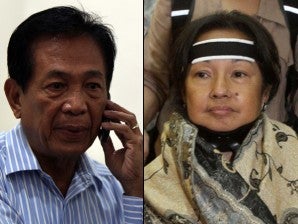 “Warrant will still be issued even if they are already in detention on another case. This is a matter of procedure for the court to acquire jurisdiction over the person of the accused,” Sandiganbayan Executive Clerk of Court Renato Bocar said in an interview.

He said Arroyo and Abalos, who are now detained after the Pasay City Regional Trial Court Branch 112 ordered their arrest on separate occasions, still need to post bail for practical reasons.

“They have a pending petition for bail before the Pasay court and assuming this will be granted and they post bail but they did not post bail here (Sandiganbayan), they still cannot be released because there is another warrant of arrest issued against them in another criminal case,” Bocar explained.