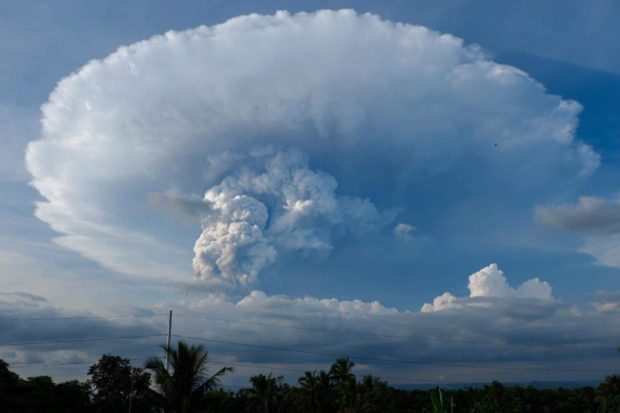 MANILA, Philippines — Evacuation has started in areas affected by the Taal Volcano eruption. It started shortly after the Philippine Institute of Volcanology and Seismology (Phivolcs) raised Alert Level 3 in the areas, which it later raised to Alert Level 4.

In an interview over DZMM, Mark Timbal, spokesperson of the National Disaster Risk Reduction and Management Council (NDRRMC), that his agency had ordered the evacuation of residents in five municipalities — namely Talisay, Balete, San Nicolas, Agoncillo, and Laurel.

According to  him, the NDRRMC projects a total of around 6,000 evacuees in the affected areas.

Coordinating in the evacuation are the Provincial Disaster Risk Reduction and Management Council of Batangas and the Philippine Coast Guard.

Evacuation centers have been set up in several areas in Batangas, and Timbal assured that these centers would be prepared to hold evacuees as long as necessary.

So far, no casualties have been reported due to the eruption.

Meanwhile, Gov. Hermilando “Dodo” Mandanas of Batangas said the provincial government was prepared for the evacuation, adding that social welfare personnel were present and that they had stocks of food for the evacuees.