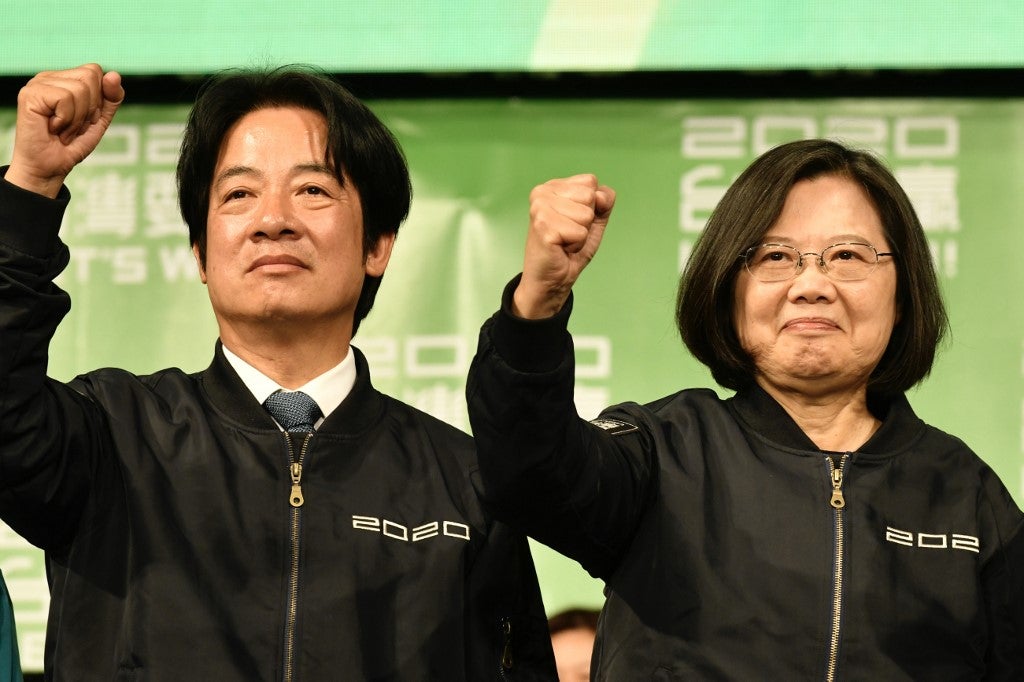 BEIJING, China — Chinese state media have accused Taiwan President Tsai Ing-wen of “dirty tactics” and cheating after she was re-elected with a landslide victory in a stunning rebuke of Beijing’s campaign to isolate the self-ruled island.

Tsai, who has pitched herself as a defender of liberal democratic values against an increasingly authoritarian China, secured a record-breaking win in Saturday’s presidential election.

But Chinese state media sought to downplay her victory, casting doubt on the legitimacy of Tsai’s campaign.

“This is obviously not a normal election,” said official news agency Xinhua in an English-language editorial on Sunday.

Tsai and her Democratic Progressive Party (DPP) used “dirty tactics such as cheating, repression and intimidation to get votes, fully exposing their selfish, greedy and evil nature”, it added.

Beijing, which has vowed to one day take Taiwan — by force if necessary — loathes Tsai because she refuses to acknowledge the idea that Taiwan is part of “one China”.

Over the last four years, the Chinese government has ramped up economic, military and diplomatic pressure on the island, hoping it would scare voters into supporting Tsai’s opposition.

But the strong-arm tactics have backfired and voters flocked to Tsai’s DPP, fuelled in part by China’s hardline response to months of huge and violent pro-democracy protests in Hong Kong.

Chinese state media have accused Tsai, who frequently invokes Hong Kong’s protests as a warning about a Beijing-controlled Taiwan, of fear mongering.

Tsai and her party are “orchestrating tensions”, wrote the nationalistic Global Times on Saturday.

At the end of 2019, the Taiwanese leader “wantonly hyped up the so-called threat from the Chinese mainland while slandering Han Kuo-yu’s mainland connections”, it said, referring to her Beijing-friendly main opponent from the Kuomintang party.

Chinese state media also dismissed Saturday’s election results as an anomaly in long-term ties between Taiwan and the mainland, with Xinhua describing Tsai’s win as a “fluke”.

“The fact that the Chinese mainland is getting increasingly stronger and the Taiwan island is getting weaker is an inevitable reality,” added the Global Times.

“Recognising and complying with the reality is the only feasible option for Taiwan’s peaceful development.”