Palace condoles demise of Oman Sultan Qaboos, hails him as ‘man of vision’ 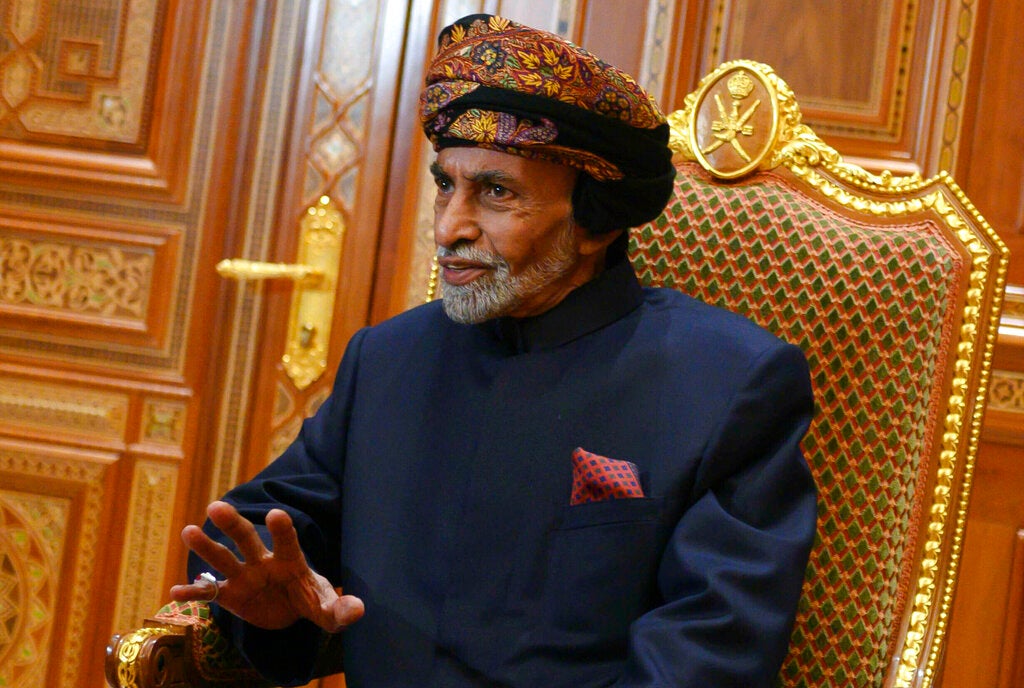 FILE – In this Monday, Jan. 14, 2019 file photo, Sultan of Oman Qaboos bin Said sits during a meeting with Secretary of State Mike Pompeo at the Beit Al Baraka Royal Palace in Muscat, Oman. State media says Oman’s ruler, Sultan Qaboos bin Said, has died, Saturday, Jan. 11, 2020. He was 79. The sultan has ruled Oman since overthrowing his father in a bloodless 1970 coup. (Andrew Caballero-Reynolds/Pool Photo via AP)

MANILA, Philippines — Malacañang on Saturday expressed its condolences to the Sultanate of Oman for the death of its longtime monarch Sultan Qaboos bin Said.

“The Palace is saddened upon learning of the passing of His Majesty Sultan Qaboos bin Said,” Palace spokesperson Salvador Panelo said in a statement.

Panelo also described Qaboos as a “man of vision and foresight” for transforming Oman into a “modern and stable nation.”

“We thank His Majesty for graciously hosting thousands of Filipinos who work and consider Oman their second home,” he said.

Qaboos, who was the Middle East’s longest-reigning monarch and was credited to pulling his country into modernity, died at the age of 79, according to state media reports.

“On behalf of the Filipino nation, President Rodrigo Roa Duterte expresses his sincere condolences and offers his fervent prayers to the government and people of the Sultanate of Oman as they mourn their beloved leader,” Panelo said.