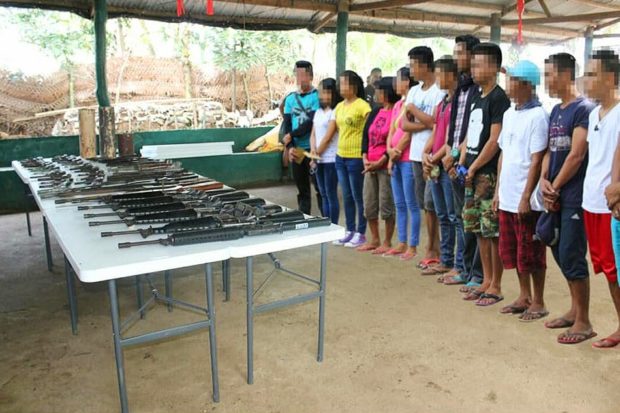 MANILA, Philippines — An Army officer has been sacked for releasing a manipulated photo of alleged former communist rebels in Masbate town last December.

Pabon was said to have “admitted the mistake and took responsibility for the outcome of the photo manipulation.”

The Army last month released a press statement claiming that more than 300 members and supporters of the New People’s Army turned themselves to them at a military camp in Milagros town.

Netizens called out that the photo appeared to be manipulated. While the Army later apologized for the “honest mistake,” it insisted that the report of surrenderees was real.

The former rebels received immediate assistance of P15,000 upon surrender, and would also receive livelihood and assistance under the Enhanced Comprehensive Local Integration Program.

Zagala said the Army is now reviewing its policies to institute necessary changes that will ensure that such mistakes will not happen again.