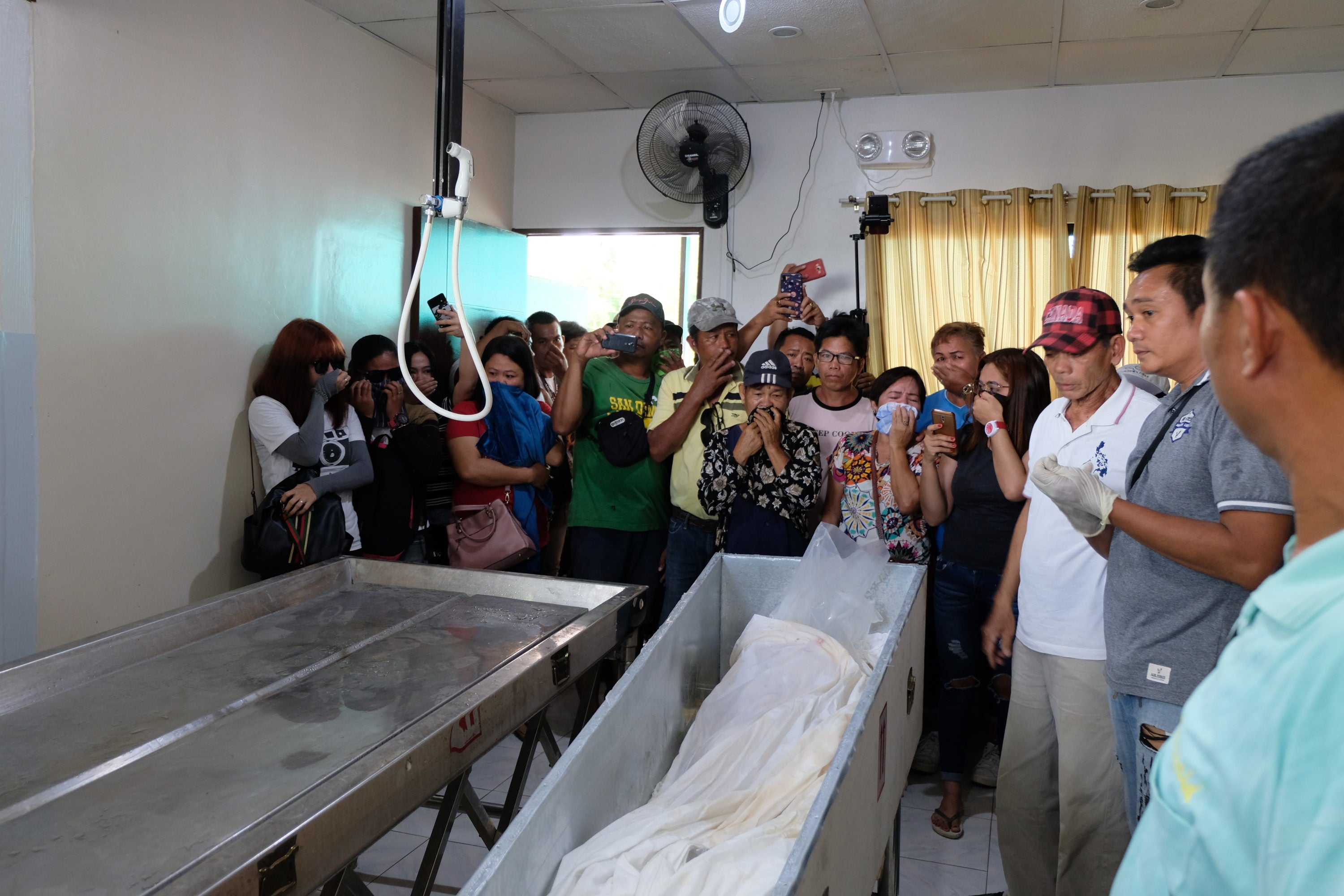 TEARS AND GRIEF Relatives of Jeanelyn Villavende, the Filipino maid allegedly beaten to death by her Kuwaiti employers, weep at the sight of her shrouded body, which arrived on Thursday (Jan. 9) in her hometown of Norala, South Cotabato.—BONG S. SARMIENTO

NORALA, SOUTH COTABATO –– The fate of the government’s policy on deploying Overseas Filipino Workers (OFWs) in Kuwait hangs in the balance, dependent on what comes out in the autopsy of slain domestic worker Jeanelyn Padernal Villavende.

This was the pronouncement of Labor Secretary Silvestre Bello III in a press conference outside the home of Villavende’s grandmother where the slain OFW’s remains lie.

Bello arrived here around 2:30 p.m. Friday to visit the wake of Villaverde and talk to her family.

“A total deployment ban for workers to Kuwait will be enforced once the autopsy proves that Villavende was gravely beaten to death,” Bello stressed.

Before facing reporters, Bello had a briefing with the National Bureau of Investigation team who conducted an autopsy on Villavende’s body.

The NBI has yet to release an official autopsy report, but Bello was not able to contain his emotions over what he initially knew.

He said that anybody who would see the NBI autopsy report might also want to hurt the Kuwaiti ambassador to get even.