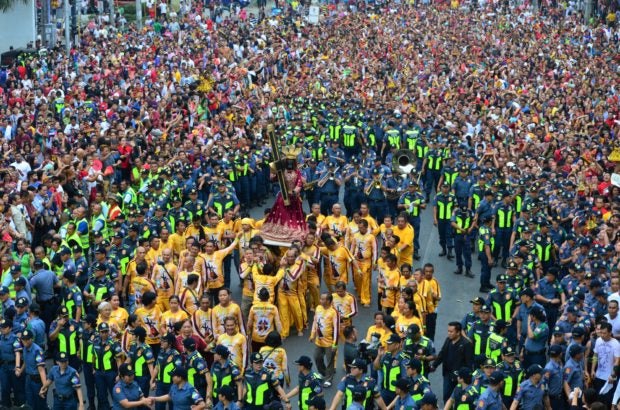 CAGAYAN DE ORO CITY—Although not even half of the number of people who were in Quiapo, Manila, at least 250,000 people packed the city streets for the traslacion, or procession, of the Black Nazarene on Thursday (Jan. 9).

The devotees were from different places in Northern Mindanao and Zamgoanga Peninsula.

On Wednesday (Jan. 8), the image was brought to the St. Augustine Metropolitan Cathedral for a vigil.

The traslacion began at 5 a.m. Thursday, snaking through the major streets of the city and ended at the Nazarene image’s home, the Nazareno Church.

Maj. Evan Viñas, city police spokesperson, said there were no reports of petty crimes, although two persons collapsed during the procession from the cathedral to the Nazareno Church.

“They have medical condition, that’s why they fainted,” he said.

Viñas said more than a thousand police officers, including soldiers, were deployed for security.