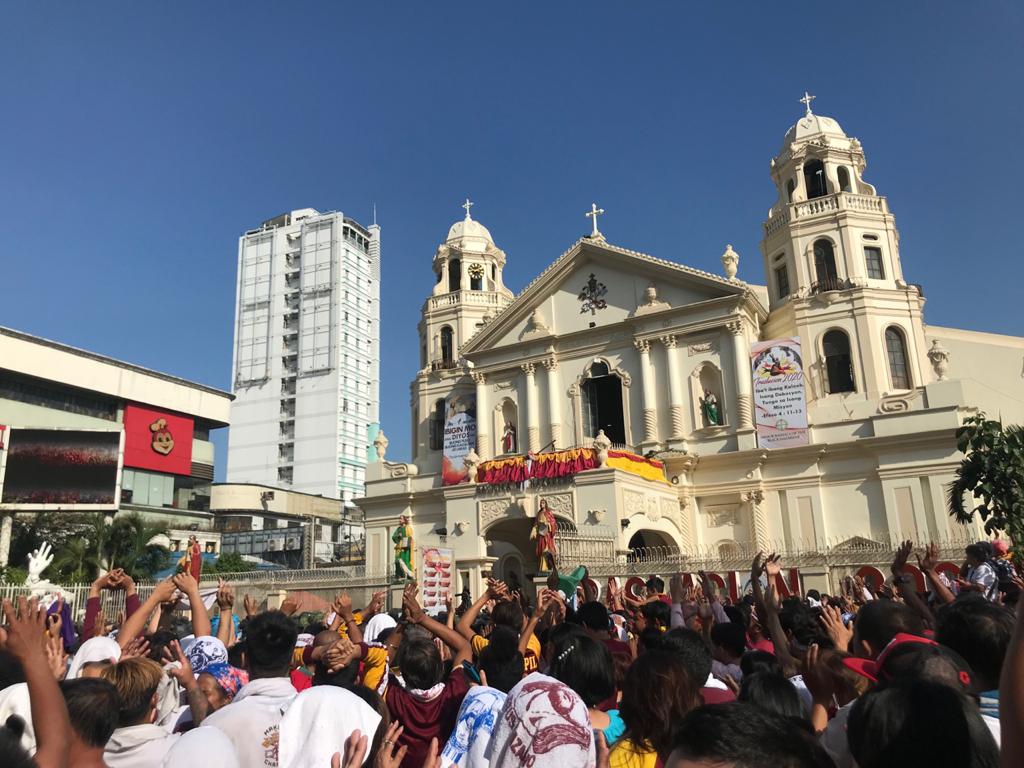 The Manila Police District (MPD)  on Thursday said that around 100,000 devotees were recorded to be inside the Quiapo Church while 30,000 were outside or in the vicinity of the Church.

It added that the situation remains peaceful.

As of 11 a.m., the image of the Black Nazarene has reached Arlegui Street. It left the Quirino Grandstand at around 4 a.m.

The route of this year’s Traslación was changed to take the Ayala Bridge instead of the usual Jones Bridge since it has been recently retrofitted.

A total of 13,624 police officers were deployed to ensure the security of participants of the Traslacion in the streets of Manila, the Department of the Interior and Local Government (DILG) earlier said.

Ten firetrucks from the Bureau of Fire Protection and three vessels from the Philippine Coast Guard were also stationed near the procession route to respond to any possible fire incidents, it added.

Authorities expect 6 million devotees to participate at this year’s Traslación.