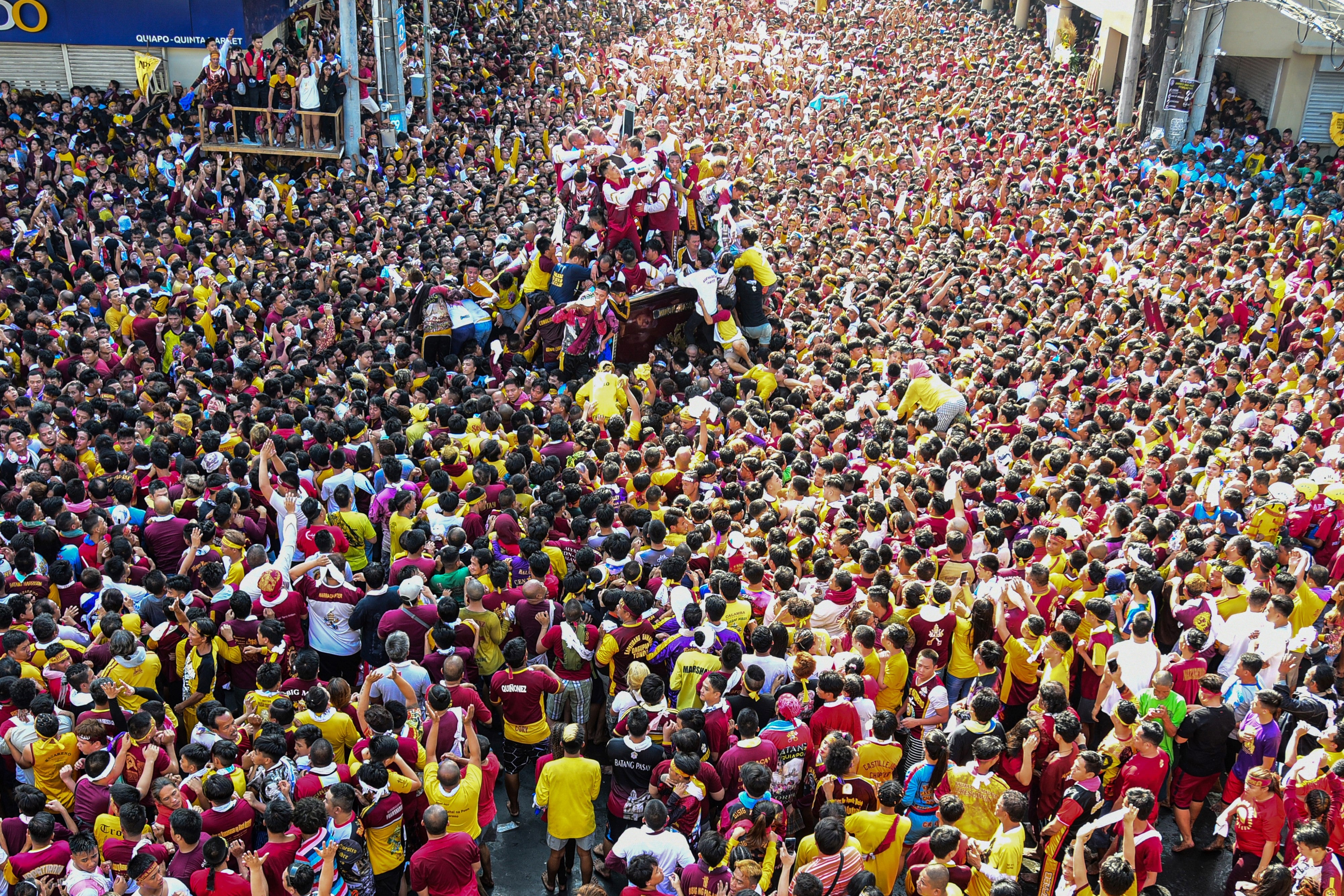 Devotees follow the carriage transporting the statue of the Black Nazarene during an annual religious procession in its honor in Manila on January 9, 2020. (AFP)

MANILA, Philippines–Swarms of barefoot believers thronged a revered icon of Jesus Christ on Thursday in Manila for a slow-moving and raucous procession considered one of the world’s largest shows of Catholic fervor.

As the sun rose, hundreds of thousands of faithful were packed along the route for the procession of the Black Nazarene, which they believe grants miracles.

Devotees clamber over one another to touch the life-size statue, wipe a towel on it or even just lay a hand on the ropes attached to its metal float.

“We believe that if you pull the carriage, the Lord will cure all your diseases,” 50-year-old vendor Boyet Lara told AFP. “Nothing is impossible if we believe.”

Scores of the barefoot faithful pass out and suffer cuts or bruises in the crush around the statue, and in previous years believers have died in Catholic majority Philippines.

“In 2016, the rope pulling the statue wrapped around my head and I nearly choked to death. But I managed to survive,” said devotee Crisostomo Belarmino, 52.

“I cried that time and said ‘Thank you Nazarene for giving me another life,'” he added. Just hours into the procession the Philippine Red Cross reported giving first aid to some 300 people at the procession, in line with previous years.

The statue is named for its charred appearance and is accompanied by many difficult to prove stories, including that it survived a fire while en route to the Philippines in the 17th century.

However, the defenders in the Philippines’ powerful Catholic church note that it is a vibrant expression of faith.

Many devotees swear the Black Nazarene has brought them help when they needed it most.

“When my husband suffered a stroke two years ago, even if I didn’t ask for financial help, I got it,” vendor Angeline Mara, 43, said.

“Every time I hear the song for the Nazarene, I feel like I’m about to cry,” she added.

Though authorities did not report any specific threat to this year’s procession, there was a typically massive presence of thousands of police on Manila’s streets.

The Philippines is plagued by violent insurgencies, including Islamic State-linked militants that have carried out bombings on civilian targets. 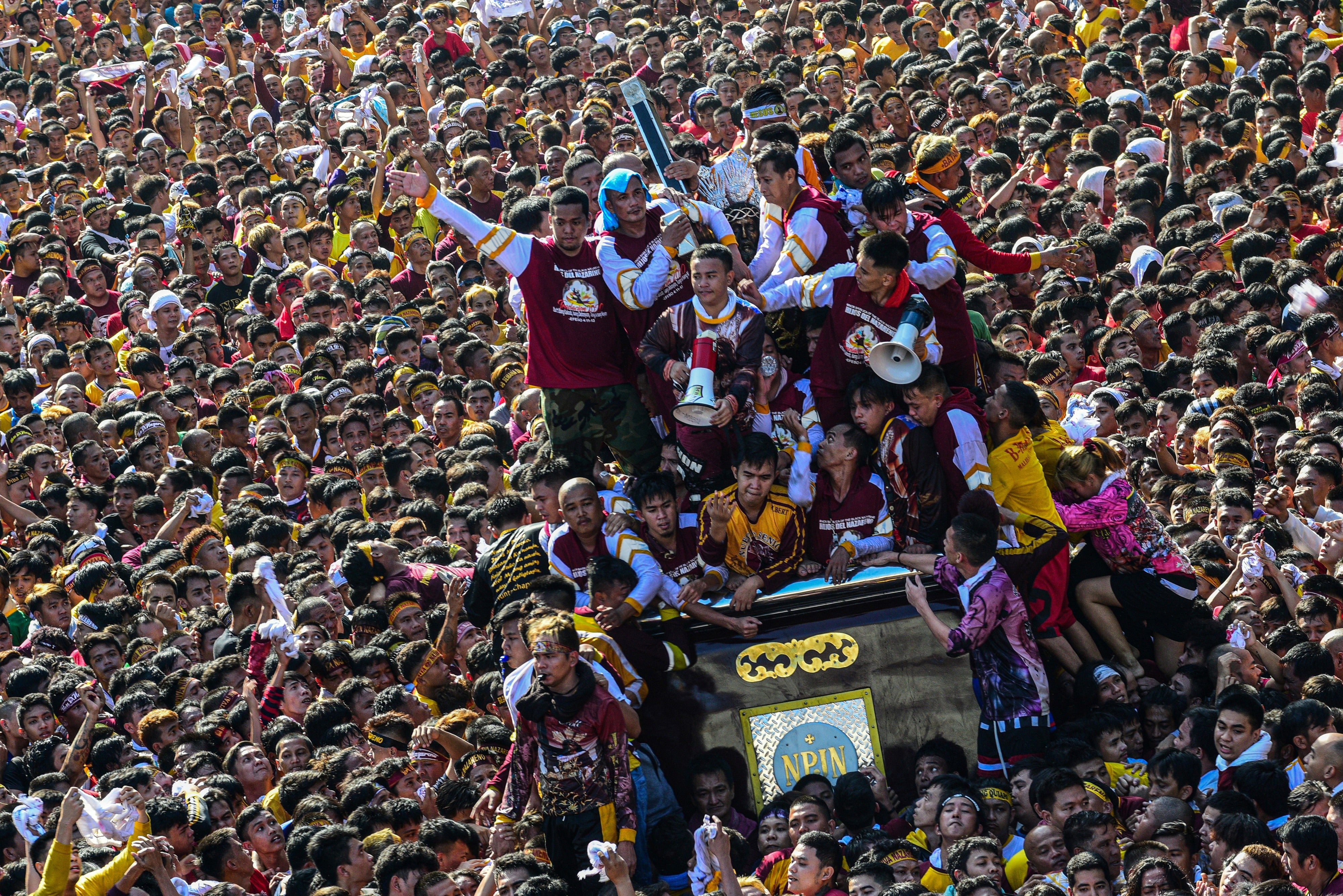 Devotees follow the carriage transporting the statue of the Black Nazarene. (AFP)