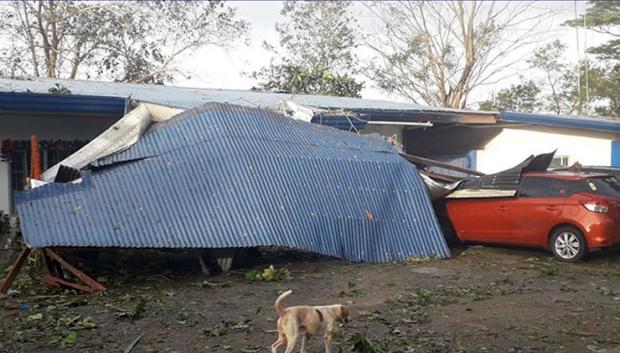 According to a report from the regional police headquarters in Palo town in Leyte, among the structures damaged were police stations in the provinces of Leyte, Samar, Eastern Samar, Biliran and the cities of Ormoc and Tacloban.

The regional headquarters also sustained damage to various buildings with an estimated cost of P528,784.

The cost of damage are broken down as follows:

The buildings of these police stations had damaged gutters, ceilings, scaffoldings, roofs, lampposts, and doors.

Brig. Gen. Ferdinand Divina, police regional director, assured the public, however, that law enforcement would not be hampered.

“The damage caused by Ursula will not hamper our effective and efficient delivery of public service to the community,” Divina said.

He expressed optimism that central headquarters would immediately release funds for the repair of the damaged structures.