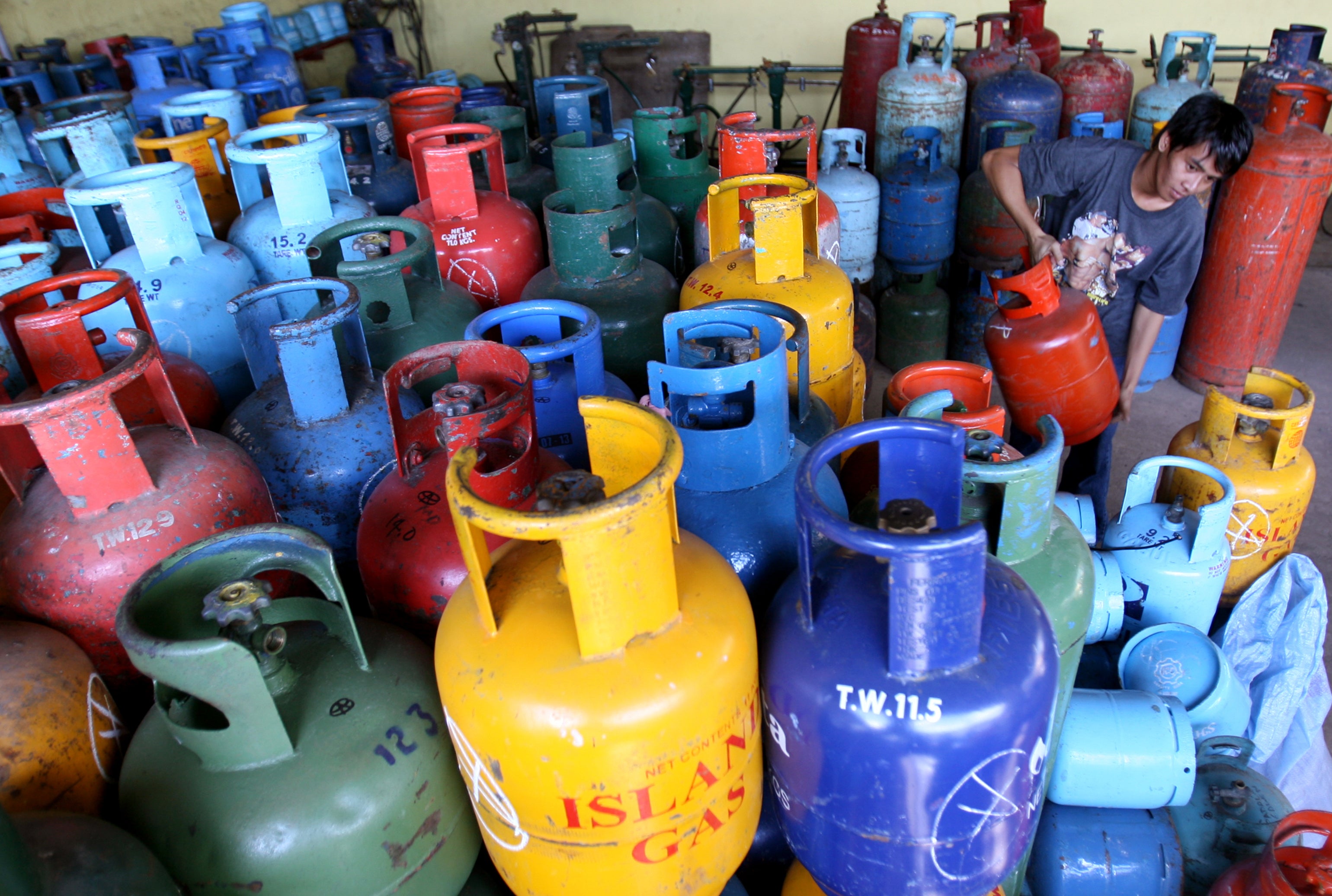 OUT OF STOCK. A worker carries an empty LPG tank while they await for new stocks to arrive at a refilling station in Mindanao Avenue, Quezon City. INQUIRER PHOTO/RAFFY LERMA

Danilo Iray was shocked to learn that an 11-kilogram tank of liquefied petroleum gas (LPG) from his dealer already cost P788 on Thursday, just when his “carinderia” (food store) in Pasay City went back on business after the New Year break.

“What happened? Days ago it was just more than P600. Now its price went up by more than P100?” the 50-year-old cook complained.

Before 2019 ended, major oil companies announced price increases of up to more than P80 per 11-kg tank effective on Jan. 1 to “reflect the international contract price of LPG.”

The excise on LPG also increased by P1 to P3 per kg on the first day of the year due to the third tranche of the Tax Reform for Acceleration and Inclusion (TRAIN) law.

In January 2019, LPG prices of an 11-kg tank were somewhere between P650 and P730, according to the Department of Energy.

The surge in LPG prices posed a big problem for Iray’s business, which consumes at least four LPG tanks a week for cooking various dishes. Employees of the nearby Ninoy Aquino International Airport and of airline companies frequent the carinderia.

“There’s nothing we can do about it because we need to buy LPG, whether the prices are high or low,” he said.

Iray said that in the next few days he would tell customers of the need to increase the price of viands because of the big hike in the cost of LPG.

For example, a chicken adobo meal would cost P50 by next week, up from P45, he said. “Our customers understand us because they know that just like them, we also need to live.”

Housewife Tess Mondala, 64, neither knew that an 11-kg LPG tank now cost almost P800. “I have second thoughts about buying a new tank but the one at home is almost empty. We can’t use charcoal for cooking,” she said.

As much as she wanted to complain, Mondala said she was “already used to price hikes,” noting that some time last year the price of an 11-kg LPG tank had risen to more than P800.