JoyRide on ownership issue: We have nothing to hide | Inquirer News
Close
menu
search

JoyRide on ownership issue: We have nothing to hide 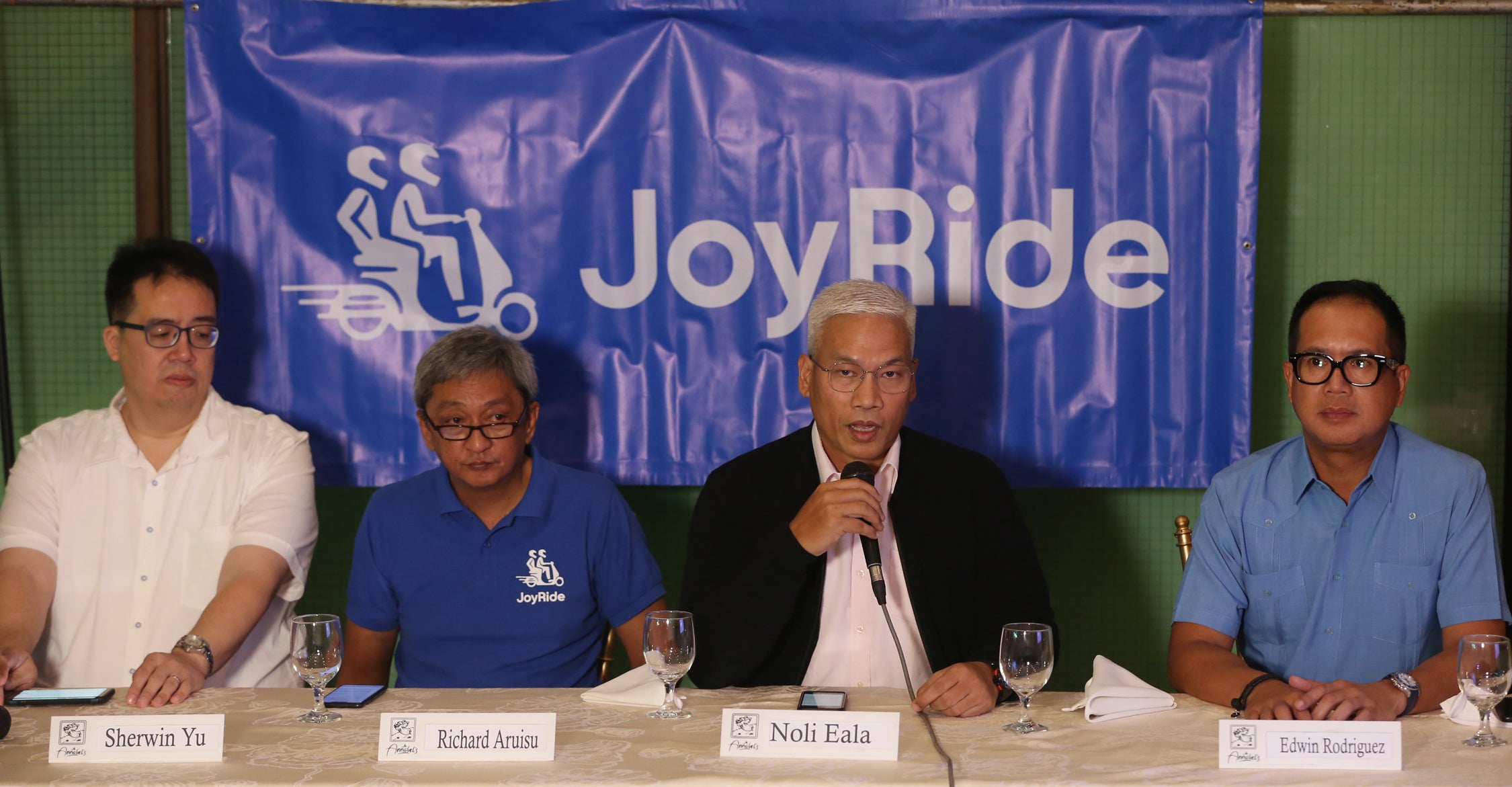 As it revs up to enter the motorcycle taxi-hailing industry in the Philippines, newcomer JoyRide on Thursday fielded questions that mostly had nothing to do with its services or its features.

Instead, its officials sought to clear allegations that surfaced on social media about JoyRide’s ownership, as it tried to legitimize itself in the eyes of a public used to the dominance of the pioneering Angkas service.

“We have absolutely no connection with the government,” said JoyRide spokesperson Noli Eala, denying emphatically the claims that Senators Bong Go, Manny Pacquiao or Aquilino “Koko” Pimentel III have interests in the company.“Anybody can access our Securities and Exchange Commission (SEC) registration papers. It’s open to the public. We have nothing to hide,” said Eala, a former PBA commissioner and analyst.

Indeed, SEC documents seen by the Inquirer bear them out.

JoyRide’s board of directors is composed of members of both the Chua and Nubla families, who invest mostly in banking and finance. Beatrice Chua is the chair.

It’s true, however, that the group’s business development adviser is the secretary general of PDP-Laban (Quezon City) party.

Edwin Rodriguez, a businessman who dabbles in logistics and a longtime business partner to some of JoyRide’s officials, insisted his involvement had nothing to do with the ruling political party.

“I have never approached nor sought the help of my own party to influence the decision of the (technical working group) so JoyRide can enter the market,” Rodriguez said.

No less than Senator Pimentel, the PDP-Laban national chair, endorsed JoyRide’s bid to join the three-month pilot test of the service in a letter to Transportation Secretary Arthur Tugade.

Eala said the Chuas approached Pimentel, who was a “family friend,” because he was the chair of the Senate committee on trade.

But it’s not likely his endorsement lent weight to JoyRide’s eventual inclusion in the pilot test to see if motorbikes are safe for public transport.

At the onset, Angkas, too, had powerful allies in Sen. Grace Poe and former Sen. JV Ejercito, who backed it in compelling the Department of Transportation to allow a study to legalize bikes for hire.

For now, as JoyRide is set to join MoveIt and Angkas this month for the second leg of the test, Eala and Rodriguez urged its competitors to abide by governmental guidelines so transport regulators “could look at this favorably.”

Both are referring to the soured relations between Angkas and the multiagency technical working group, after the latter set a 10,000 cap for the country’s first motorcycle taxi-hailing service provider that could displace its 17,000 drivers.

Eala rejected insinuations that JoyRide would benefit from Angkas, which has already trained its riders.

“We have been screening and assessing our own [drivers] since September, but we are willing to accept any [drivers] who apply on our platform,” Eala said.“They would have to undergo our own processes, however,” he added.

“We don’t really think about the rumors much,” said Yu. “We’re just here to make sure we give the government the data they need for the test.”