Martial law in Mindanao: What changed, what didn’t—and at what cost | Inquirer News

Martial law in Mindanao: What changed, what didn’t—and at what cost 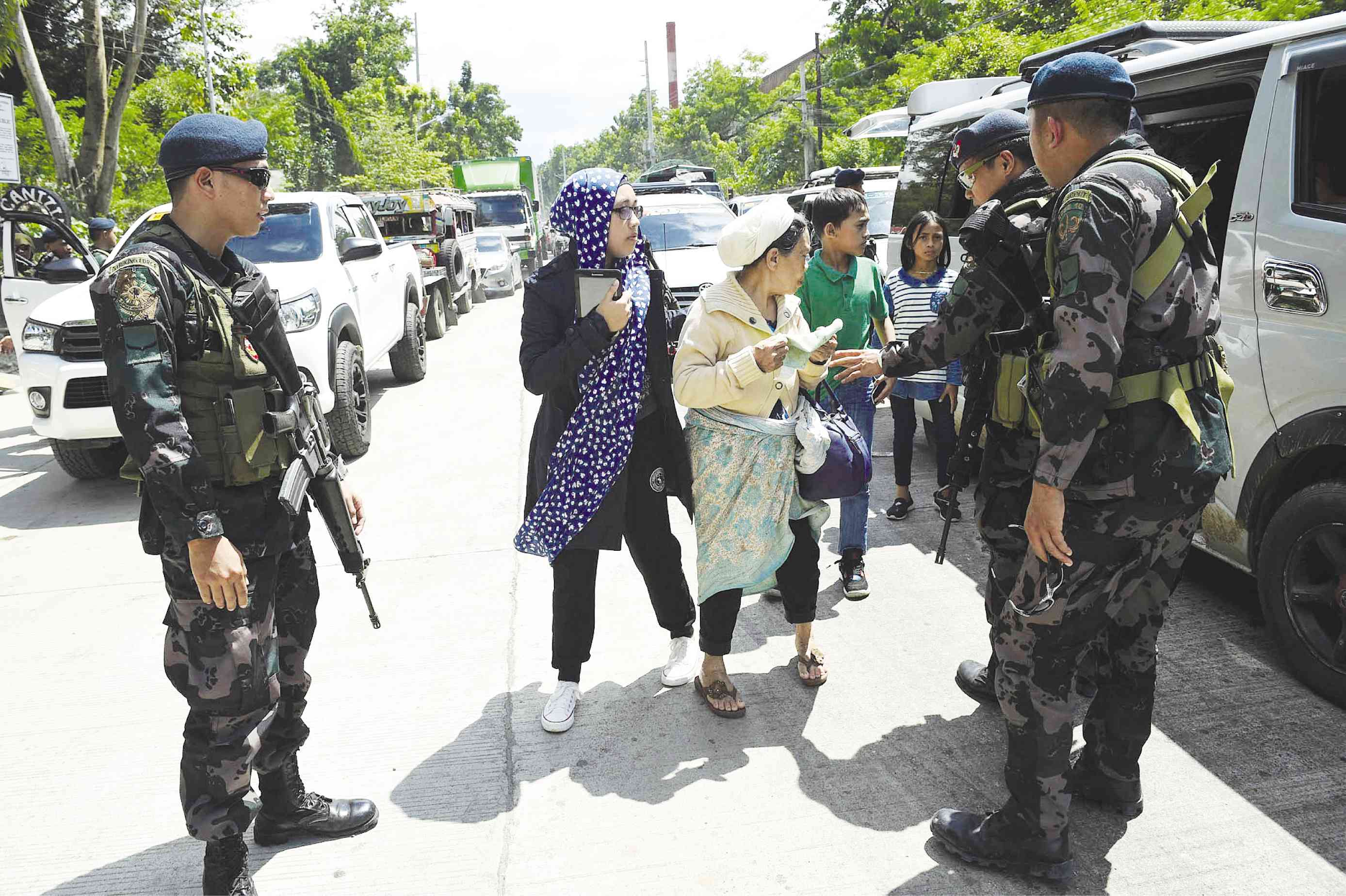 MARTIAL LAW NO MORE After more than two years, martial law has been lifted in Mindanao and local folks expect they need not get off from buses and jeepneys to identify themselves as they had been forced to do by soldiers and police manning checkpoints, as in this May 24, 2017, image taken on the road to Iligan City. FILE PHOTO

ILIGAN CITY—People in Mindanao begin 2020 with martial law no longer hanging over their heads.

What difference will that make? Or put in another light, what did martial law bring to Mindanao?

First declared on May 23, 2017, martial law was meant to quell the siege of Marawi City by Islamic State (IS)-linked militants that began on that day.

It was extended thrice by Congress up to Dec. 31, 2019, in all lasting two years, seven months and eight days.

For Iligan, just 38 kilometers from Marawi, the end of martial law could mean a more relaxing journey in and out of this northern Mindanao city.

Today, police still man checkpoints at both ends of the highway that cuts through the city. But for the past six months, the strictures of security have been eased.

Back in 2017, vehicles had to wait for at least two hours to clear the checkpoints.

For almost two years, bus and jeepney passengers were made to get off and line up to show their identification cards to soldiers or police, or sign on a logbook.

According to peace-building group International Alert, such an extreme security measure, which came with martial rule, was a major factor in bringing down the number of violent confrontations in Mindanao between 2017 and 2018.

Francisco Lara Jr., Alert’s peace and conflict policy adviser for Asia, told a civil society gathering in Davao last October that the checkpoints discouraged the transport of firearms, leading to a decline in crime.

“Nowhere in Mindanao has the impact of martial law been as strategic and decisive as in Muslim Mindanao,” Alert noted in its 2019 report, War Makes States.

“Increased police visibility coupled with the expansion in the number of military checkpoints have made it extremely difficult for people to carry their firearms in public and to engage in gun battles across the region, especially in urban areas like Cotabato, Isabela and Marawi cities, and urban areas adjacent to the Bangsamoro such as the cities of Iligan, Zamboanga, Kidapawan and General Santos,” the report said.

The group said the number of conflict incidence across the Bangsamoro region continued to decline from 2016 and 2018.

“The most likely explanation is the strong and expanded presence of the State’s coercive power that was made possible by the imposition of martial law,” the group said.

In the Soccsksargen region, the regional police has attributed the drop in the crime rate over the past two years to martial rule.

In Lanao del Sur, the Army easily recovered close to 5,000 firearms and crew-served weapons since the implementation of martial law in 2017, Gaerlan pointed out.

He also cited martial law’s contribution in fast-tracking the pursuit of communist rebel leaders as well as the peaceful conduct of the 2019 midterm polls.

The political leaders of Lanao del Norte and Lanao del Sur provinces, as well as the cities of Cotabato and Marawi, wanted martial law extended to ensure continued security gains for their localities.

Once fearful of the negative perception of Mindanao’s security situation due to martial law, several business leaders will finally heave sighs of relief as 2020 begins.

“It was hard to sell Mindanao under martial law. Martial law is martial law. It is very hard to explain to foreign investors that what we have in Mindanao is not an outright military rule,” said Cagayan de Oro banker Arsenio Sebastian.

But Department of Trade and Industry Region 10 Director Linda Boniao said the issue was immaterial to the growth of trade and commerce in the region and its attractiveness as an investment destination.

She noted that in 2018, about P29.6 billion flowed into the region to bankroll various business ventures.

One of the biggest investments, Boniao said, was the Gardenia bread factory at the Phividec Industrial Estate in Tagoloan, Misamis Oriental, which was inaugurated in March 2019. The project costs about P1 billion.

But the value of investments in the pipeline for the region was P228.8 billion in 2018, based on the business projects approved by the Board of Investments for the grant of incentives.

Despite all the positive notes, martial law caused a “severe damage” on the people’s human rights, according to Barug Katungod.

The human rights coalition claimed to have documented 162 extrajudicial killings; 704 cases of fabricated charges; 284 illegal arrests and detentions; 1,007 victims of aerial bombardments; and forced evacuations of more than half a million people throughout the period of martial law since 2017.

The group also lamented the increased presence of military forces in “lumad” communities, raising fears they would be eventually driven out to give way to projects that exploit their natural resources.—WITH REPORTS FROM JIGGER JERUSALEM AND RICHEL UMEL

Read Next
‘Oxymoronic’: Most injuries due to legal fireworks–DOH
EDITORS' PICK
House energy committee chair Arroyo bats for cheap electricity
Bongbong Marcos says PH ‘open for business’ with new Clark Airport terminal
Karding damage to infrastructure at P23M
UNFPA Philippines Career Opportunities
Reignite your passion with the vivo Y35
Sierra Madre stands up to Karding, but needs protection vs the humans it saves
MOST READ
Badoy not with Office of the President, NTF-Elcac, under Marcos admin — solon
Angelica Panganiban ‘duguan, sugatang mom’ one week into breastfeeding
LPA enters PAR, may develop into tropical depression
Kris Aquino offers help for Lolit Solis’ dialysis needs amid her own illnesses
Don't miss out on the latest news and information.