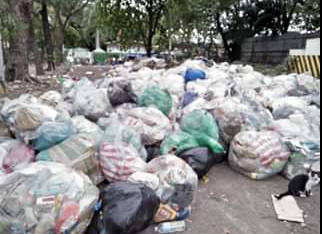 MANILA, Philippines — An environmental watchdog on Wednesday frowned at the “repeated” littering in Rizal Park in Manila during the New Year revelry.

“The EcoWaste Coalition is gravely disappointed over the repeated trashing of Rizal Park by disrespectful revelers who left their discards behind instead of taking them home for proper recycling or disposal,” Jove Benosa, zero waste campaigner of EcoWaste Coalition, said in a statement on Facebook.

On Facebook, the EcoWaste Coalition showed the piles of trash at the Manila-based park.

Benosa also said “the smelly and unsightly garbage piles on the streets are a stark reminder of the need for heightened action to instill environmental responsibility among Filipinos.”