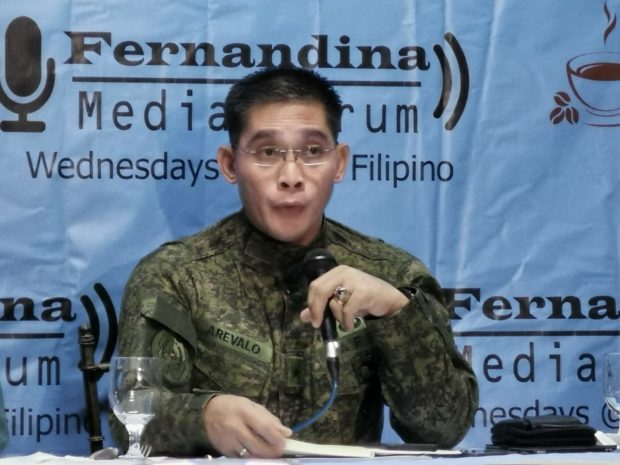 MANILA, Philippines–“Strong security” is in place in Mindanao as the martial law in the entire region expires on New Year’s eve, the Armed Forces of the Philippines (AFP) said.

“As martial law expires at 11:59 tonight, we are confident of an improved security climate in Mindanao that will work for the benefit of fellow Filipinos,” Brig. Gen. Edgard Arevalo, AFP spokesperson said in statement.

The security situation in Mindanao, Arevalo said, “is expected to boost economic activities due to added investors’ confidence.”

President Rodrigo Duterte earlier decided not to extend martial law in Mindanao since he implemented it on May 2017 after homegrown terorrist Maute Group, backed by foreign fighters, launched an attack in Marawi City.

Arevalo said that “while the Daesh-inspired local terrorist groups continue to decline, we urge local chief executives (LCEs) and their constituents to press on and build from the gains of martial law to maintain the strong security posture now in place.”

He called on local chief executives “to continue their robust partnership with government security agencies.”

“In the event that isolated incidents of violence and lawlessness erupt in Mindanao after martial law has lapsed, there still is Proclamation 55 in effect,” he said.

Under the said proclamation, Duterte has placed the entire Mindanao under a state of national emergency due to lawless violence.

He assured the public the AFP would be deployed “to suppress any and all forms of lawless violence to prevent them from spreading and escalating not only in Mindanao but elsewhere in the Philippines.”

He said “Filipinos can expect that the AFP will continue to push for the amendment of the Human Security Act especially with Senate President Vicente Sotto III assuring the passage of the new Anti-Terrorism Law.”

In a separate statement, Defense Secretary Delfin Lorenzana said “the security sector believes that the objective of the martial law has been achieved.”

“The rebellion in marawi, Lanao del Sur and other areas in Mindanao have been effectively stopped. They are confident that they can maintain the current peace and order in Mindanao and that an attack similar in scale to Marawi cannot be waged by the remnants of the Mautes or by any other terrorist groups in the future,” Lorenzana said.

The defense chief hailed the AFP and the Philippine National Police “for their professional and  excellent implementation of the martial law in Mindanao.”

He thanked Congress for approving the extension of the martial law three times.

He also thanked “the people of Mindanao for their whole-hearted support for martial law and their full cooperation during its implementation.”

Duterte declared martial law in  Mindanao on May 23, 2017 following the Marawi siege .

Mindanao’s martial law was valid for 60 days but Duterte has succeeded in asking Congress to extend it three times.