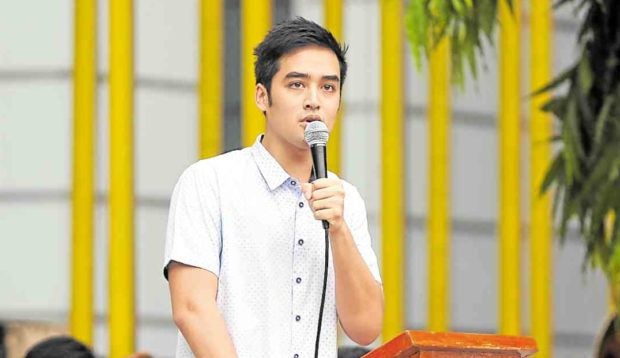 MANILA, Philippines — Pasig City Mayor Vico Sotto said the contractor for the city’s garbage collection has been asked to explain complaints of uncollected trash in the city, saying the government already sent 50 notice of violation tickets with corresponding fines to the latter.

“On the next non-holiday, we will formally ask the contractor to give us an official explanation as to the worsening collection,” Sotto said in a Facebook post on Monday.

“From December 18 to today (Dec 30) we have issued over 50 NOTICE OF VIOLATION TICKETS with corresponding FINES to our Contractor for Garbage Collection,” he added. 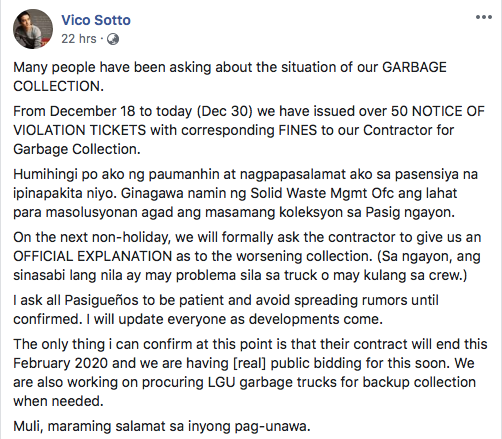 Sotto said initially, the contractor explained that the lapses in garbage collection were due to lack of personnel and some issues with their garbage trucks.

Sotto noted that the agreement with the contractor will expire in February 2020. He said the local government is also working on the procurement of garbage trucks for “backup collection.”

On Saturday, a netizen complained to Sotto about piles of uncollected garbage that is already polluting and contaminating their community in Pasig.

“Mayor, bakit ung bundok ng basura dito sa may camachile st sa pinagbuhatan tatlong araw na. Inuoud na, grabe ung baho. [Mayor why is there a mountain of trash here in Camachile Street in Pinagbuhatan. It has been here for already three days, it reeks.],” the netizen said in a tweet. 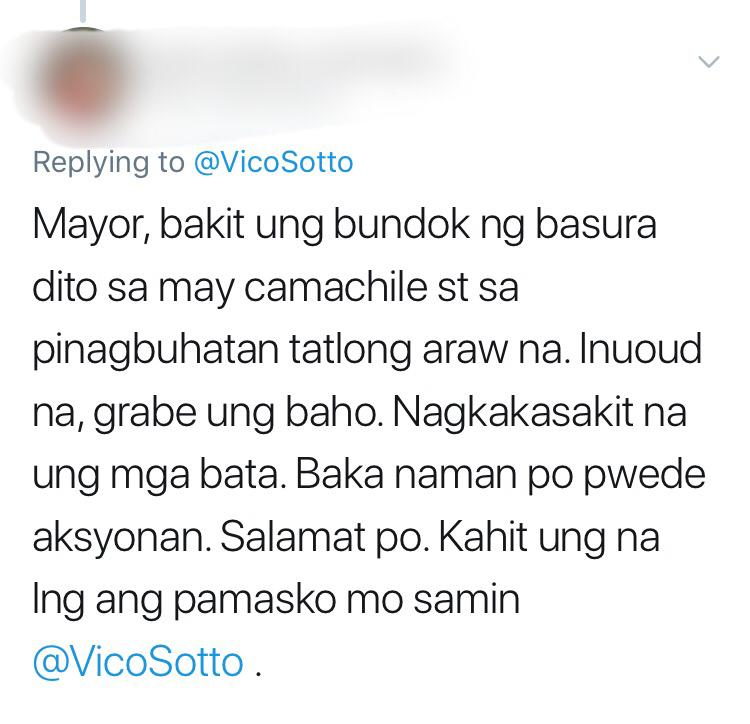 Sotto responded that a garbage truck is en route to the specific area, saying a notice of violation was issued to their garbage collector.

“Left side of Sandoval Ave to Pasig-Taytay boundary for garbage collection. Kenneth Rd next. Garbage collection route to Camachile Street in about 2 hours from now,” the mayor said. 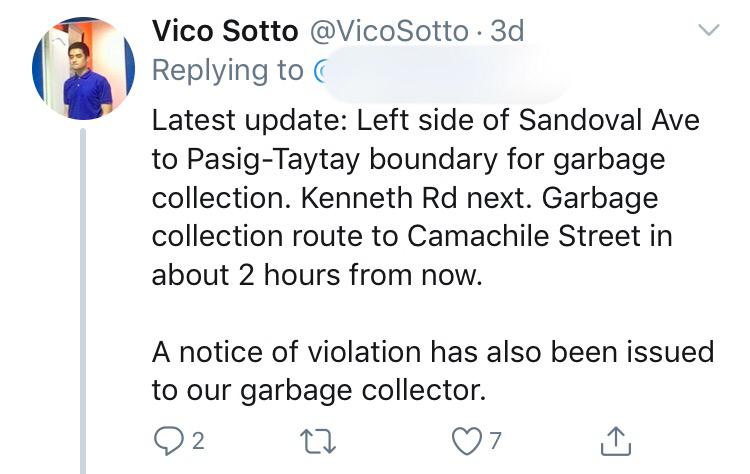