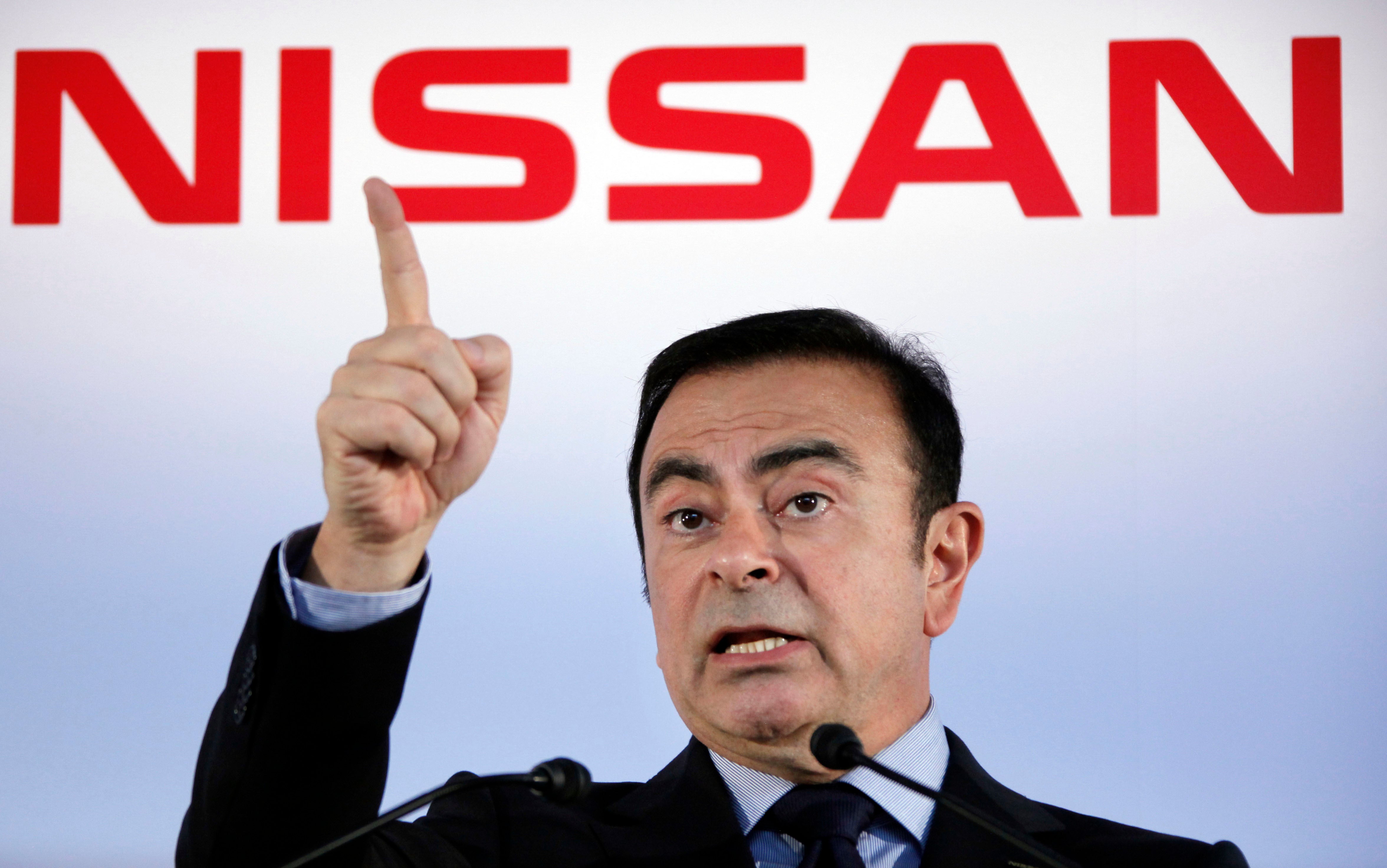 FILE – In this May 11, 2012, file photo, then Nissan Motor Co. President and CEO Carlos Ghosn speak during a press conference in Yokohama, near Tokyo. A close friend says Monday, Dec. 30, 2019 that Ghosn, who is awaiting trial in Japan, has arrived in Beirut. It was not clear how Ghosn, who is of Lebanese origins, left Japan where he is under surveillance and is expected to face trial in April 2020. (AP Photo/Koji Sasahara, File)

BEIRUT  — Former Nissan chairman Carlos Ghosn, who is awaiting trial in Japan on charges of financial misconduct, has arrived in Beirut, a close friend said Monday. He apparently jumped bail.

It was not clear how Ghosn, who is of Lebanese origins and holds French and Lebanese passports, left Japan where he was under surveillance and is expected to face trial in April 2020.

There was no immediate comment from Japanor from Lebanese officials.

Ghosn, 65, has been on bail in Tokyo since April and is facing charges of hiding income and financial misconduct. He has denied the charges. He had been under strict bail conditions in Japan after spending more than 120 days in detention.

Lebanon-based paper Al-Joumhouriya said Ghosn arrived in Beirut from Turkey aboard a private jet. AP has not been able to confirm those details or how he was able to leave Tokyo.

A house known to belong to Ghosn in a Beirut neighborhood had security guards outside with two lights on Monday night, but no sign otherwise of anyone inside. The guards denied he was inside, although one said he was in Lebanon without saying how he knew that.

Ghosn was arrested last year in Japan and has been charged with under-reporting his compensation and other financial misconduct. He denies wrongdoing and was out on bail. His trial had not started.

Ghosn’s lawyers say the allegations are a result of trumped-up charges rooted in a conspiracy among Nissan, government officials and prosecutors to oust Ghosn to prevent a fuller merger with Nissan’s alliance partner, Renault SA of France.

Ghosn, one of the auto industry’s biggest stars before his downfall, is credited with leading Nissan from near-bankruptcy to lucrative growth.

Even as he fell from grace internationally, Ghosn was still treated as a hero in Lebanon, where many had long-held hopes he would one day play a bigger role in politics, or help rescue its failing economy.

Politicians across the board mobilized in his defense after his arrest in Japan, with some suggesting his detention may be part of a political or business-motivated conspiracy.

The Lebanese took special pride in the auto industry icon, who holds a Lebanese passport, speaks fluent Arabic and visited regularly. Born in Brazil, where his Lebanese grandfather had sought his fortune, Ghosn grew up in Beirut, where he spent part of his childhood at a Jesuit school.

His wife, Carole Nahas, is also of Lebanese heritage. In November, Ghosn was allowed to talk to his wife after an eight-month ban on such contact while he awaits trial.

Japanese Minister of State for Foreign Affairs Keisuke Suzuki visited Beirut earlier this month where he met with the Lebanese president and foreign minister.