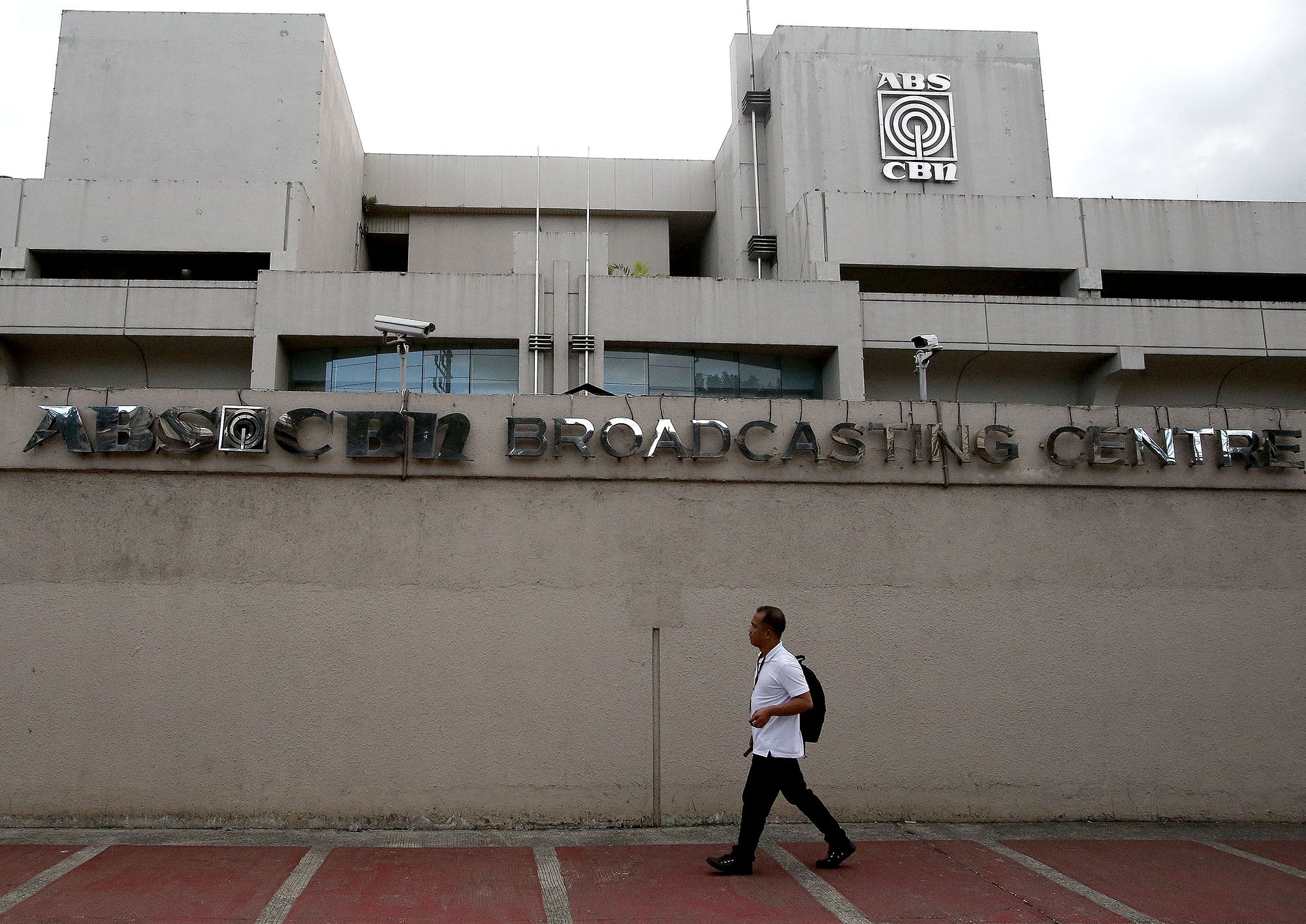 AIR OF UNCERTAINTY The sprawling broadcasting center of ABS-CBN Corp. on Sgt. Esguerra Street in Diliman, Quezon City. The company employed close to 11,000 workers in 2018 and had assets valued at P84.6 billion. —RICHARD A. REYES

For President Rodrigo Duterte, the clock is ticking on media giant ABS-CBN Corp.

Mr. Duterte on Monday told the Lopez family, controlling owner of the publicly listed company, to just sell off the media network.

In a speech during a visit to earthquake victims in M’lang town, Cotabato province, the President railed anew against the TV network, whose franchise will lapse on March 30, 2020.

“This ABS (CBN), your contract (franchise) will expire. If you renew it, I don’t know what will happen to you,” Mr. Duterte said.

Television and radio broadcasters in the country are required to get a franchise from Congress under Republic Act No. 3846.

Mr. Duterte went on: “If I were you, just sell it. Because it’s only now that the Filipino can retaliate against your abuses. And I will make sure that you will remember this episode of our times forever.”

The President made the remarks nearly a month after he vowed to see to it that ABS-CBN would lose its battle to renew its franchise.

There was no immediate comment on Monday from the network, which in 2018 employed close to 11,000 workers and had assets worth P84.6 billion.

On Dec. 3, Mr. Duterte spent most of his speech on two occasions in Malacañang railing against what he claimed were onerous provisions of the concession agreements of Manila Water Co. Inc. and Maynilad Water Services Inc. to distribute water in Metro Manila and parts of Rizal and Cavite provinces (See related story on Page A3).

The President on Monday also renewed his attacks on the owners of Manila Water and Maynilad.

Earlier this month, Speaker Alan Peter Cayetano said the House decided to prioritize hearing the 2020 national budget rather than the renewal of ABS-CBN’s franchise.

Cayetano vowed that the House would be fair in deliberating ABS-CBN’s application for a franchise, even if he, too, had a “personal complaint” against the TV network.

Mr. Duterte has vowed to block the franchise renewal, amid his previous accusations that the TV network swindled him by not airing his paid political advertisements during the 2016 presidential election.

The President’s fresh attack on the TV network came as his friend, Davao City businessman Dennis Uy, is expanding into the media and entertainment business with the founding of Udenna Communications Media and Entertainment Holdings Corp.

Since Mr. Duterte came to power, Udenna, Uy’s holding company, has rapidly expanded into several business areas. It is into oil product distribution and convenience store business, shipping and logistics, property development and leasing and even educational institutions and restaurants. In addition, it is into infrastructure, tourism and gaming.

On Dec. 18, Communications Secretary Martin Andanar said ABS-CBN Corp. would survive even if its franchise was not renewed.

Andanar noted that ABS-CBN was not in the business of television alone. It was also into delivering content online, producing magazines and investing in movies, he said. “I’m sure ABS-CBN can find a way how to distribute their content if they lose their franchise,” Andanar said.

Over the years, the Lopez family has diversified into power generation and property development.

Should ABS-CBN fail to renew its franchise, it would be the second time that the Lopezes would not be able to operate the broadcast network.

The Marcos regime shuttered ABS-CBN during martial law. It was only after Ferdinand Marcos was ousted in 1986 that the Lopezes regained control of the television network. —JULIE M. AURELIO