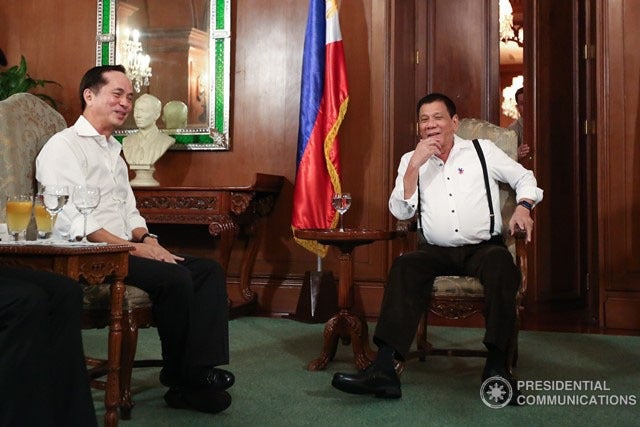 MANILA, Philippines — After threatening television giant ABS-CBN with closure by not renewing its franchise, President Duterte on Monday gave an unsolicited advice to the network — put it on sale.

Duterte made the proposal with just threemonths left until ABS-CBN’s broadcast rights expires. It is congress that is mandated by the constitution to enact franchise bills pending before it.

If the franchise is not granted, the country’s largest network would have to close down its TV and radio operations by March 30, 2020.

“Kasi ang mga Pilipino ngayon lang makaganti sa inyong kalokohan. And I will make sure that you will remember this episode of our times forever,” he added.

Duterte has several times in the past threatened to block the franchise renewal of the Kapamilya network after what he claimed to be unfair treatment of him during the presidential campaign period.

The President has also repeatedly accused ABS-CBN of estafa for supposedly not providing him the airtime he had paid for during the May 2016 presidential elections.

He has also slammed the network for airing what he deemed to be unfair or slanted reports about him.

The proposed sale of ABS-CBN came on the heels of reports that Duterte’s friend, Davao-based businessman Dennis Uy recently formed the Udenna Communications Media and Entertainment Holdings Corp, which expands his business to media and entertainment sector.