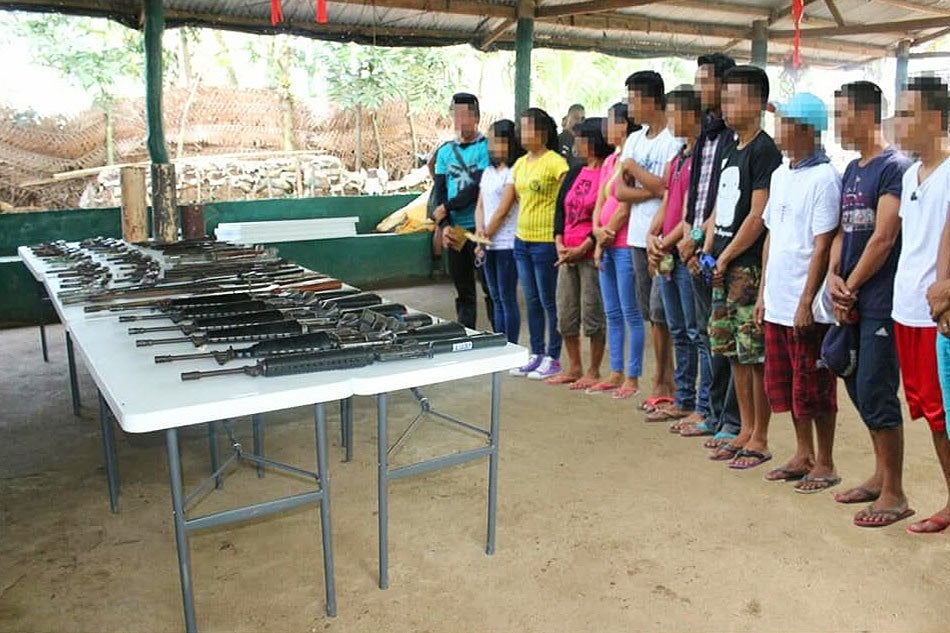 NETIZENS’ TURN The Army 9th ID photo (above) is a composite image, according to social media users who have noticed the Photoshop job and reworked the picture by putting the alleged communist rebels in different parts of the country in memes, including riding boats on the artificial lake in BurnhamPark in Baguio City (below). 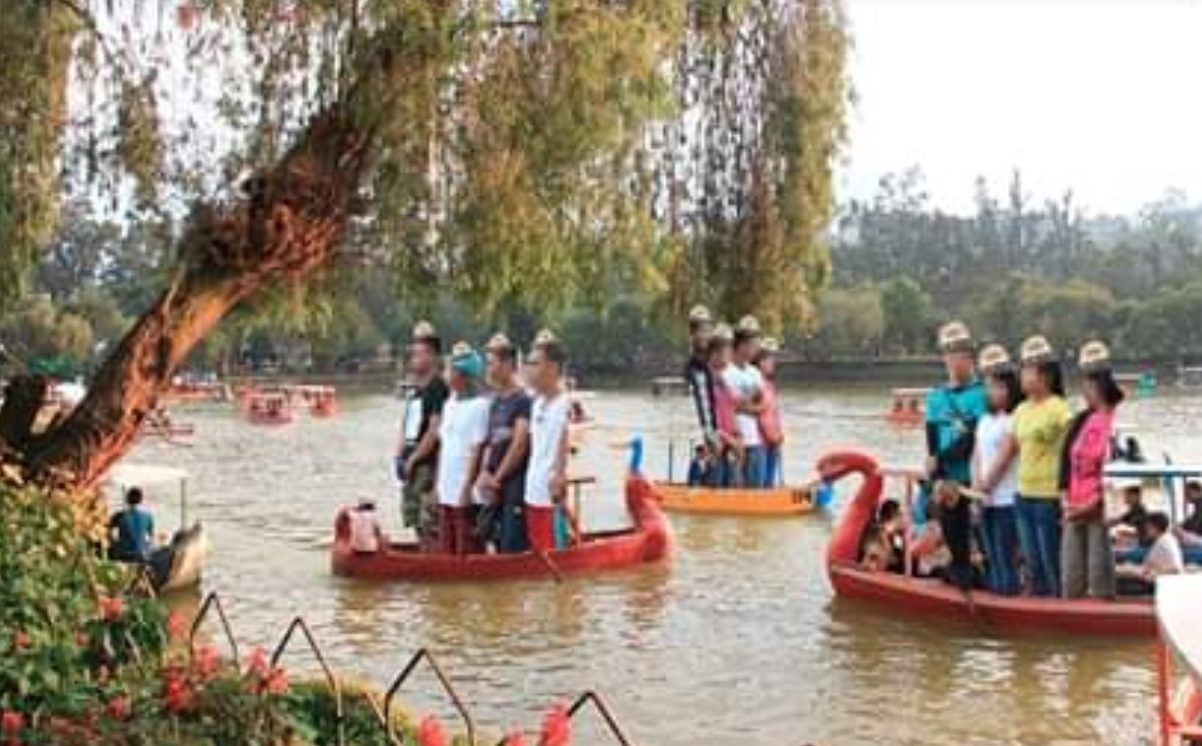 Despite the Army’s admission that it manipulated a picture of alleged communist rebels surrendering and its apology for the “honest mistake,” presidential spokesperson Salvador Panelo on Sunday insisted the image was “authentic.”

Panelo said the 9th Infantry Division did not manipulate the picture, which showed alleged New People’s Army (NPA) guerrillas standing in a row before a table laden with high-powered firearms.

The 9thID released the picture together with a press release about the surrender of the alleged rebels in Masbate City on Thursday. Keen-eyed social media users noticed that the image was composite, with at least two pictures being combined to make a picture of the surrender ceremony.

The Photoshop job drew dozens of memes on social media casting doubt on the authenticity of the picture.

Many ridiculed the military’s claim of a surrender, with the memes putting the alleged surrenderers in different parts of the country, including touring Baguio City and a strawberry farm in La Trinidad, Benguet.

“I talked to Defense Secretary Delfin Lorenzana. The explanation given to him was that it was two photos combined together into a collage. Both were still authentic,” Panelo said on Sunday.

He said Lorenzana did not say the image was manipulated.

“It was made into a collage, combined. The two photos combined into one picture. So that’s not manipulation,” Panelo said.

Under public criticism on Saturday, the 9th ID admitted the manipulation and apologized, but said its intention was not to mislead the public but to protect the surrenderers.

“In our ardent desire to release timely information, we were not able to double check the pictures we attached [to] our press release,” Aguilar said.

“We apologize for the honest mistake,” he said.

The military top brass has ordered an investigation into the photoshopped surrender photo, stressing that the military upholds “the highest standards in reporting and delivering information to the public.”

Panelo insisted that the picture was not wrong.

“What [would be] untrue is that it you added more people there to make it appear that many surrendered to authorities,” he said.

Lt. Gen. Gilbert Gapay, the Army chief, attributed the manipulated picture to overzealous soldiers who were overjoyed by the surrender of 306 NPA rebels and supporters, which coincided with the 51st anniversary of the Communist Party of the Philippines on Dec. 26.

He said those behind the photoshopped surrender picture would be punished for violating military policies on media releases.

Lorenzana on Saturday expressed dismay over the picture, saying it undermined all military efforts to end the communist insurgency.

He said he had directed the Army to investigate, and gave assurance that those involved in the doctoring of the picture would be sanctioned.

“This is very serious, because it undermines the efforts of the whole organization, the [Armed Forces of the Philippines]. The military is doing well, enjoying an unprecedented high trust rating from the people. And now this? This action is unacceptable,” Lorenzana said.