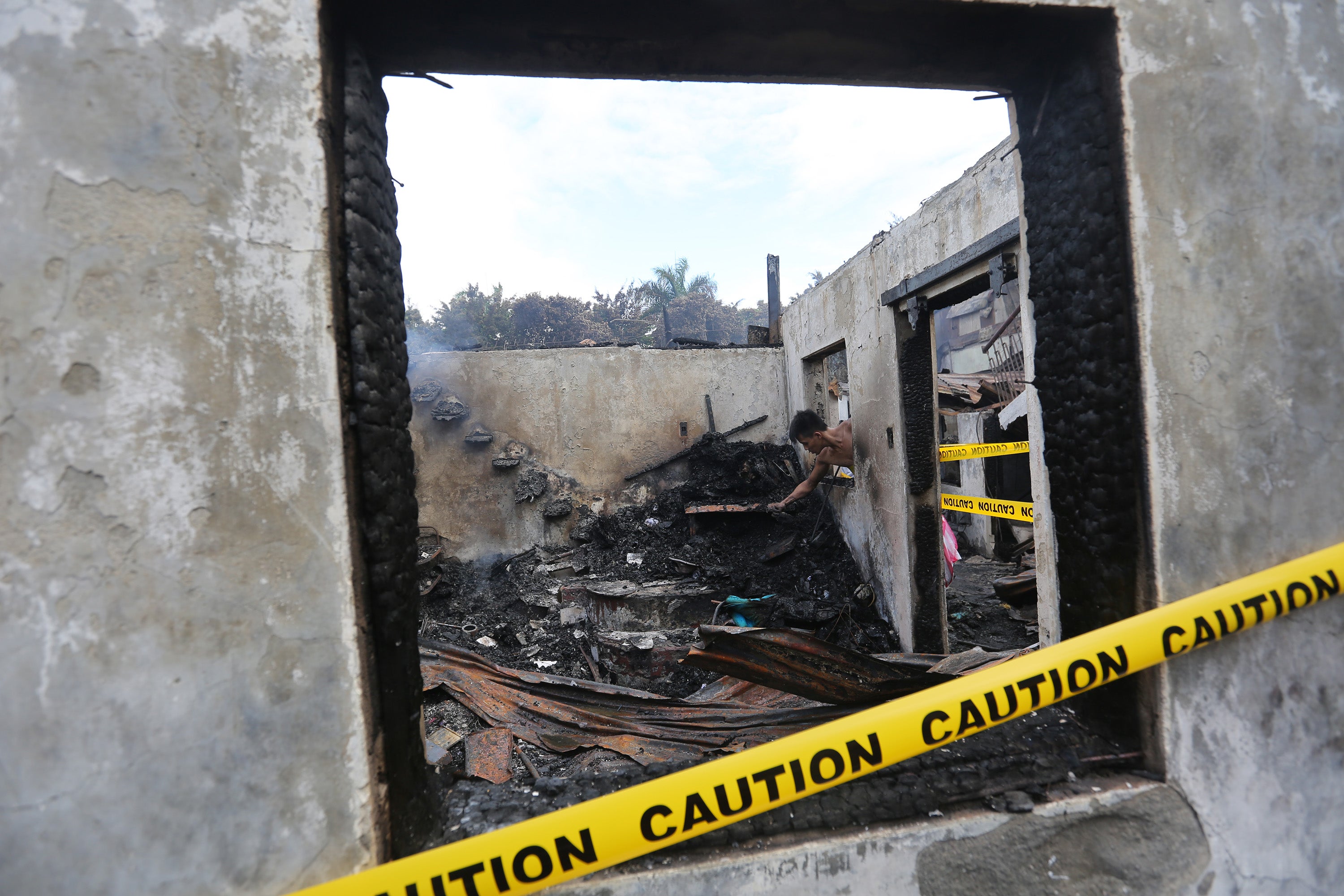 A man tries to salvaged anything from his house after a fire hit a residential area along Old Balagtas Street in Pandacan Manila , December 28,2019. INQUIRER PHOTO/JOAN BONDOC

Some 100 families in Manila will be welcoming the New Year without a home after a two-hour-long fire on Sunday razed their houses at a slum area in Parola, Tondo.

There were no casualties, but five individuals—including a 19-year-old fire volunteer—sustained minor injuries, according to Insp. John Joseph Jalique, chief investigator of the Manila Fire Department. The blaze originated from the home of Joel Acantilado inside the Parola Compound at around 10:45 a.m. and quickly spread to other houses.

‘Spark from a bulb’

The fire reached the fourth alarm after around 20 minutes and was declared out by 1:19 p.m. after gutting 21 nearby structures.

Jalique said residents reported seeing a spark from a light bulb on the second floor of Acantilado’s house before the fire broke out. He, however, said this would be part of the investigation.

Of the 100 families, at least 60 families were evacuated to the nearby Delpan Evacuation Center as of 3 p.m. on Sunday, according to the Manila Public Information Office.

Authorities pegged the damage to property at P100,000.Sunday’s tragedy was also the third recorded fire incident in Manila in just two days, after two separate blazes broke out in Pandacan and Tondo on Saturday and left over 300 families homeless.

“As you may have noticed, fire incidents have been breaking out almost every day for the past week. Our firemen are always visible in Manila, but due to the consecutive incidents, our men had barely any time to rest,” Jalique said.

In 2017, Mr. Duterte signed Executive Order No. 28, which limits the use of firecrackers to areas designated by local governments.

“It is important that we abide by the President’s order so that we may prevent any more fires from happening as the year ends,” Jalique said.