DOJ looking at BuCor for corruption, abuse of authority 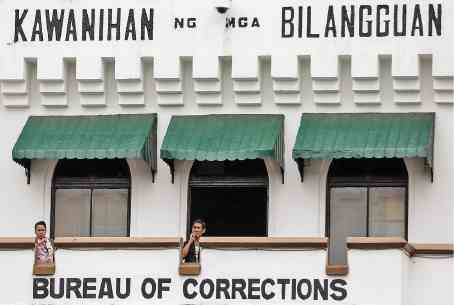 MANILA, Philippines — The Department of Justice (DOJ) assured Thursday it will monitor the Bureau of Corrections (BuCor) for corruption and abuse of authority amid the infighting among its employees and officials.

Offended by Bantag’s “sweeping generalization”, some BuCor officials and employees have called on President Rodrigo Duterte to fire Bantag for committing “other forms of graft and corrupt practices in the highest order,” citing instances in which he allegedly abused his authority.

“The DOJ will continue to monitor very closely both the BuCor’s rank and file (for any corrupt practices) and the management (for any abuse of authority) and take such action as may be appropriate,” Justice Secretary Menardo Guevarra said in a statement.

Guevarra added that Bantag’s statement “does not constitute an actionable offense, much less under the anti-graft law” but “may have offended the sensibilities of those employees who are honestly performing their jobs.”

Duterte appointed Bantag to BuCor despite his homicide charges in connection with a jail blast that killed 10 prisoners in Parañaque City in 2016.