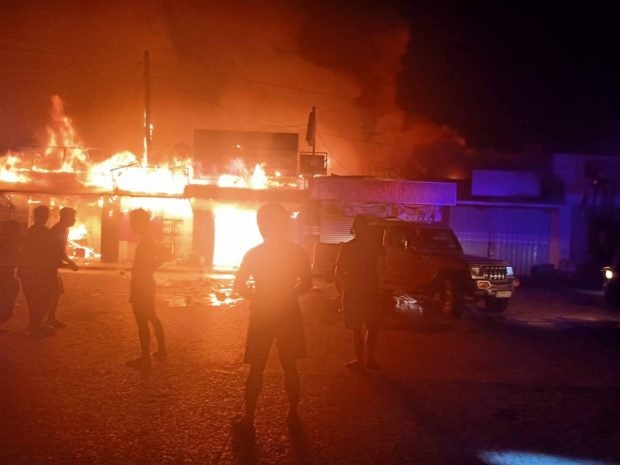 The public market of Narra town in Palawan, was razed by fire a few hours before Christmas. PHOTO/JAYRA JOYCE TABOADA

Mayor Gerandy Danao, who also helped the response team, said that the fire started from the retail section across the North terminal of the market at around 9:20 p.m.

An officer of the Bureau of Fire Protection (BFP), said the cause of the fire has yet to be determined as the investigation continues.

The fire quickly escalated engulfing the whole public market as there was only one fire truck in town, which took several trips after running out of water.

Neighboring towns had to extend their support by sending their fire trucks to control the fire, which was reportedly “under control” at around 10:42 p.m.

Danao said they would focus on buying water tankers so that they have something to use in fire incidents.

He said the local government unit was also prepared to provide assistance to those who were affected by the fire.