A once-flourishing industry mounts a comeback with focus on quality rather than price
By: Matthew Reysio-Cruz - Reporter / @inquirerdotnet
Philippine Daily Inquirer / 04:51 AM December 25, 2019 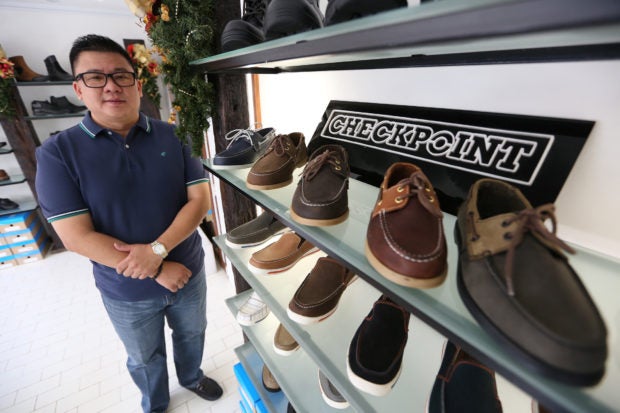 MANILA, Philippines — The story of shoemaker Neil Nepomuceno’s family is, in a way, the story of a city.

His parents “came from nothing,” he said, and met each other in the most Marikina of places: a shoe factory, where both had toiled since they were 12 years old.

They eventually parlayed that shoemaking expertise into a factory of their own in 1972, then another years later.

At its zenith, the family heirloom now called Checkpoint Shoes employed 130 people, supplied footwear to nearly 40 retailers and put Nepomuceno and his three siblings through college. It kept his parents above water until their deaths, at which point he officially took over the reins.

It has been a hard decade, though, for Marikina’s storied shoe industry — starting with the destruction to factories wrought by Tropical Storm “Ondoy” in 2009, further aggravated by a relentless flood of imported shoes and big malls in the years since.

Though Checkpoint now has only 15 workers and five outlets, its shoes are as resilient as the city.

“Especially this Christmas, these shoes are the perfect gift,” Nepomuceno said in an interview at their store-cum-factory on M.A. Roxas Street in Barangay San Roque. “Because, first of all, it will let people know that we Marikina shoemakers are still here. We are still fighting.”

The holidays are hectic, especially as they continue producing many shoes by hand with a heavy emphasis on craftsmanship. They have increasingly relied on superior quality to differentiate their footwear from an abundance of cheaper alternatives.

And as the Department of Tourism gears up for a “Philippine Fun Sale”next year — when huge mall chains will hold a monthlong sale — local shoemakers lament how these same establishments have accelerated the decline in the industry that has been Marikina’s backbone for generations.

Nepomuceno said a large chunk of their sales used to come from mom-and-pop stores all over the country that acted as resellers. These family-run retailers have been devastated, however, by the shopping mall behemoths that have crept into the provinces.

“The quantity of orders that we get from these provinces has deteriorated,” he said. “Their problem is that customers would rather go to the mall, because it’s more convenient. Typical shoe stores in the provinces aren’t even air-conditioned. The malls have everything.”

The reverberations are felt acutely back home. Even at one of the malls in Marikina, imported shoes have been given a prime spot in the department store.

“The local brands are put in the back. That’s what hurts,” Nepomuceno said.

Mayor Marcelino Teodoro has said that trade integration with the country’s Southeast Asian neighbors in 2015 also contributed to the sharp losses. Not too long ago, Marikina had as many as 5,000 shoe-producing factories, a number that cratered to just 150 in 2016. 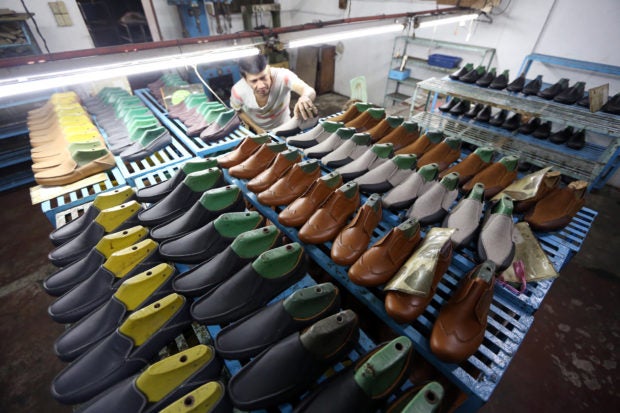 At one point, the industry contributed to 70 percent of the city’s economy, compared to 15 percent now.

With the help of the city government, the shoe industry has since mounted a slow but apparent comeback — there are now about 300 registered shoe and leather manufacturers in Marikina — but is still far from its heyday.

“Chinese products have had a huge effect,” said Noel Box, officer in charge of the Marikina Shoe Industry Development Office. “And it’s not just China coming in, we’re getting shoes from Bangkok [and] Vietnam. It’s a big challenge.”

Nepomuceno and other shoemakers have also had to find a way to fight for an industry that, in Marikina, always doubled as a symbol for family and the dignity of work.

Beyond the suede and napa leather, every Marikina shoe is a patchwork of time-honored techniques and artistry — all with a story of intergenerational struggle.

The city is cognizant of the role the working class has had in powering Marikina’s development. Box said they were moving to ensure workers in shoe manufacturing are given full benefits that would place them on the same level as professionals in other industries.

While the shoemaking industry still employs an estimated 5,000 to 10,000 city residents, Box said a dwindling supply of workers was one of the biggest threats to its existence.

“Most of the shoemakers have aged, and younger residents are less inclined to engage in footwear making,”he said.

The local government has tried to remedy this by offering shoe technology courses to high school students, and next year it will open the country’s very first Shoe Tech School, where Marikeños will be able to study for free.

“My mother and father involved the whole family in working for the business’ success,” Nepomuceno said. “We didn’t make shoes just to survive. There needs to be heart.”

Local shoemakers know they can’t compete against the price of imported footwear and are doubling down on the quality of their shoes instead, which at any rate they are fiercely protective of, as the city’s current crop of entrepreneurs are second or even third-generation shoemakers.

“There are no shortcuts, you can’t cheat on the material,” Nepomuceno said. 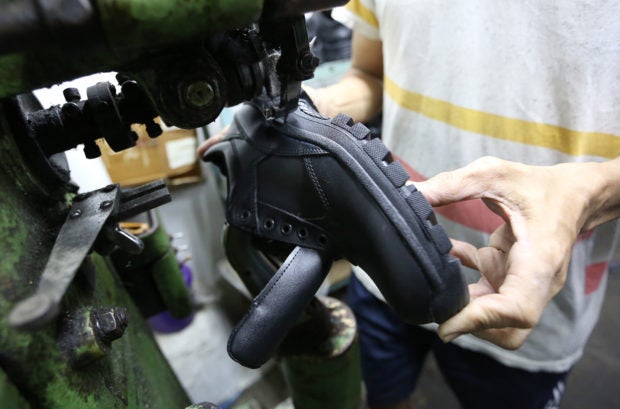 For example, he added, it would be easy to switch high quality leather for cheaper variants because they look nearly identical, but the feel of the lower quality material would be markedly different. The lining, too, has to be just right in order to not hurt the feet.

Checkpoint, which assembles about 500 pairs of shoes per week, currently makes footwear that runs the gamut from classics like topsiders and brogues to “safety shoes,” or shoes that are reinforced with steel and worn by workers in the construction and trucking industries.New collection

Next year, Nepomuceno is planning on putting out a collection of “sporty casual” shoes which he hopes will marry the refinement of formal footwear with the practicality of rubber shoes.

“Formal shoes are shiny and elegant, but use leather outsoles,”he said. “That’s a little passé for me, primarily because in our weather it doesn’t work. Leather absorbs moisture.”

Whereas their shoe lining used to be made with synthetic material, which breaks down more easily, they are now also planning to use pure leather, long considered the best quality lining as it is soft on the skin and conforms to the shape of the foot.

It’s these considerations that one would be unable to get from imported brands, and Nepomuceno said he’s found that people are willing to pay a little extra for shoes they can trust.

A company head who recently visited the store was so enamored, the shoemaker said, that he was gifting all his employees topsiders from Checkpoint for Christmas. A couple had also dropped by, too, all the way from Tanauan, Batangas province, after seeing the shoes online.

Marikina shoes are here to stay, Nepomuceno asserted. So, too, are the shoemakers.

“This industry is like entering priesthood,”he said. “It’s our calling.”