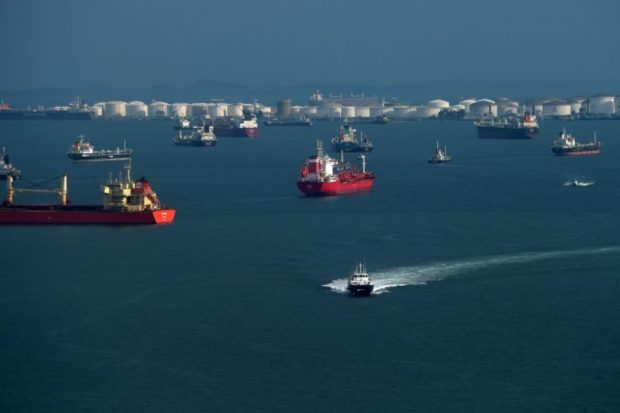 SINGAPORE — Under the cover of darkness, pirates attacked two vessels separately in the Singapore Strait on Monday (Dec. 23), bringing the total number of such incidents to five in just four days.

The latest attacks, which happened just after midnight and within two hours of each other, involved a bulk carrier and a tanker.

The pirates tied up crew members as they attempted to rob the ships but left empty-handed when the alarm was sounded in both instances.

“Of the three ships that were boarded, two were bulk carriers and one was a tanker. Due to the proximity of the incidents, the same group of perpetrators responsible for the incidents on Dec. 20 cannot be ruled out,” the Singapore-based organisation said.

The ReCAAP center, which shares information to combat piracy and armed robbery against ships at sea, said it also cannot rule out the possibility that the same group of perpetrators was responsible for the incidents on Dec. 23, “due to the close proximity and short time interval between the two incidents”.

It added that there have been 29 incidents in the Strait this year to date.

Of these, 15 were travelling in the westbound lane, while 14 were in the eastbound lane of the Singapore Strait.

The tanker Bamzi was passing through the Strait when the chief engineer and duty engineer spotted three perpetrators in the engine room, one of them armed with a knife.

The tanker had been travelling from Nipa anchorage in Indonesia to Qing Dao, China.

The crew members raised the ship’s alarm, and the three intruders escaped immediately. Two of the vessel’s motormen were later found tied up.

After conducting a search and ensuring there were no more perpetrators on board, the Bamzi resumed its journey, with the crew safe and nothing stolen.

At 1:54 am, bulk carrier Trust Star was in the Strait when the crew spotted six perpetrators on board the ship.

The crew members raised the alarm and the six intruders left.

The intruders had tied up two crew members in the engine room, but they managed to free themselves.

Unsure if intruders were still on board the vessel, the ship master deviated the bulk carrier from its route, and it was escorted by the Republic of Singapore Navy and Singapore Police Coast Guard (PCG) to the port of Singapore.

PCG officers then boarded the ship and confirmed there were no more perpetrators on board after a search.

No crew member was hurt and nothing was stolen.

In its statement, the ReCAAP Information Sharing Center said it “advises all ships to exercise enhanced vigilance, adopt extra precautionary measures and report all incidents immediately to the nearest coastal State”.

It also recommended law enforcement agencies of the littoral States to step up surveillance, increase patrols and enhance cooperation and coordination among them in order to respond promptly to incidents.