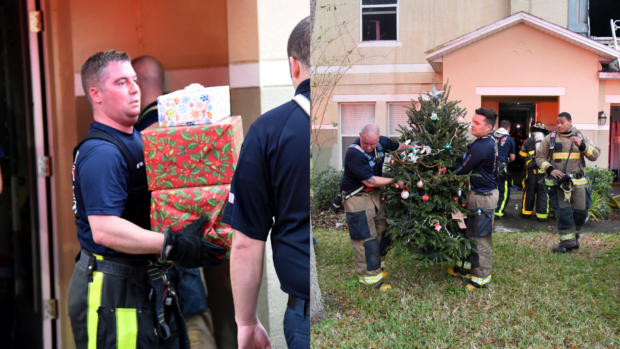 A group of firefighters kept the holiday spirit alive when they rescued a family’s Christmas tree and presents from a house fire in Florida, United States last Saturday, Dec. 21.

Authorities were dispatched to the scene at around 4 p.m., as per Polk County Fire Rescue‘s post on Facebook, Dec. 22.

Before they arrived, the firefighters were told that a 13-year-old girl (name withheld) was already able to safely evacuate the home. When the crew reached the house, the teenager informed them that she was unharmed and there were no other people or pets in the home.

The firefighters managed to contain the fire to the second story of the house. When the flames were under control, some crew members came up with the idea to save the family’s Christmas gifts since “they stood the chance of being damaged.”

The fire’s exact location and cause are still under investigation. However, authorities believe that the flames began in a second-story bedroom, and that the teenager came from the house’s first floor at the time.

The department also pointed out that “there was nothing suspicious about the cause of the fire.” Meanwhile, the firefighters got in touch with Red Cross to help the affected family after the tragedy. JB