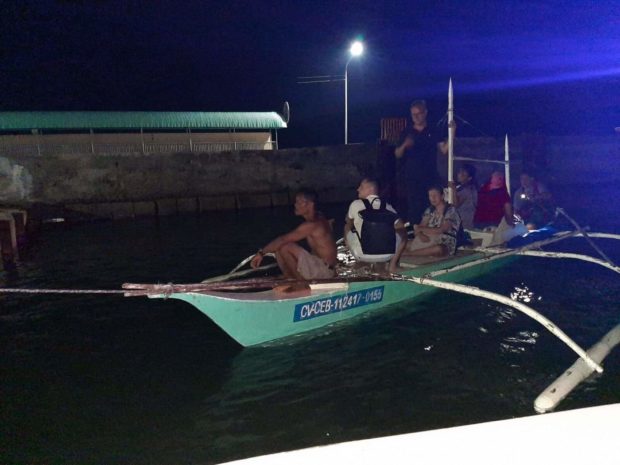 CEBU CITY –– Seven people, including three European tourists, were rescued in the waters off Danao City in northern Cebu on Monday night after their motor banca conked out while heading to mainland Cebu from Camotes Group of Islands.

The motor banca was spotted a few kilometers from the coast of Taytay and was later towed to Danao port.

The seven passengers, including the operator, disembarked past 7 p.m.

Encina said all passengers were unhurt and didn’t require any medical attention.