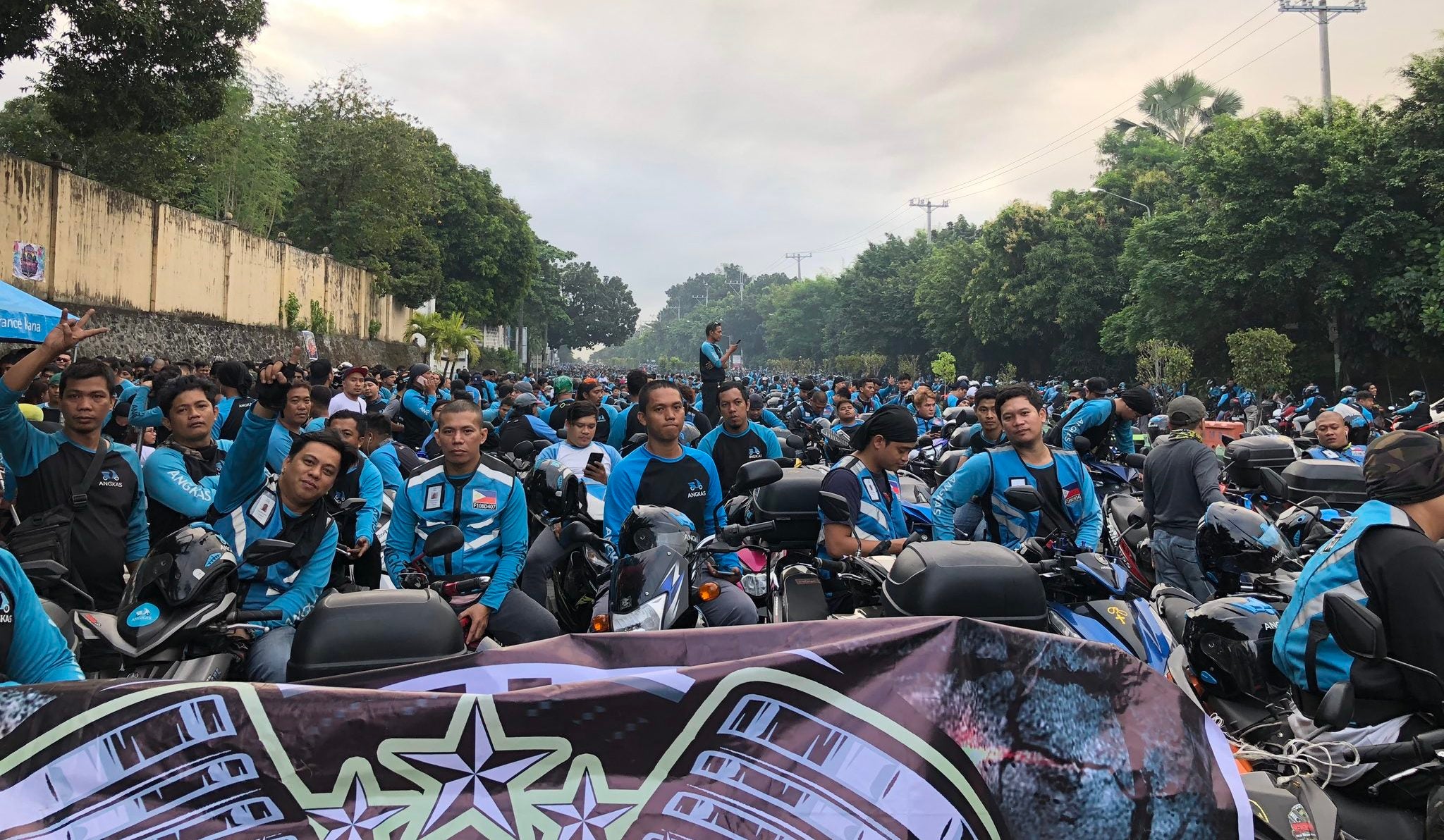 MANILA, Philippines — Thousands of biker-partners of ride-hailing firm Angkas gathered on Sunday morning at the Edsa Kalayaan Shrine in Quezon City to protest the government’s decision to impose a 10,000-biker limit for each transport network company in the extended pilot run for motorcycle taxis.

Clad in their blue-and-black uniforms, riders started to assemble at the Edsa Kalayaan Shrine as early as 7 a.m. for the event dubbed as #SaveAngkas Unity Gathering.

The Land Transportation Franchising and Regulatory Board (LTFRB) earlier announced the government’s decision to extend the pilot run for motorcycle taxis for three more months and allowed two new operators to participate.

Angkas has lamented that the move to limit the number of riders per TNC will result to the loss of livelihood of its 17,000 biker-partners.

“That’s a compromise to the quality of service you can expect, and a direct blow to 17,000 Filipino families,” Angkas said in an earlier statement.

It has appealed to the public to help “save” its bikers that are expected to lose their jobs once the extended pilot run commences from Dec. 23, 2020 to March 23, 2020.

Netizens also expressed sympathy for the Angkas bikers and anger towards the LTFRB cap.

The hashtag #SaveAngkas trended on social media on Saturday.