UK royals Meghan and Harry take a break in Canada 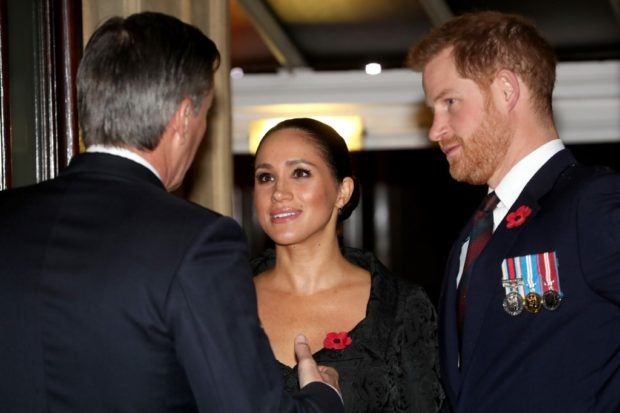 LONDON — Britain’s Prince Harry, his wife Meghan, and baby Archie are spending some “private family time” in Canada, a spokeswoman for the couple said Saturday.

The Duke and Duchess of Sussex are taking a break from royal duties after speaking of the pressure of being in the spotlight following their wedding last year and Archie’s birth in May.

They had previously announced they would miss Christmas with Queen Elizabeth II, choosing to spend it instead with the duchess’ mother, Doria Ragland.

The queen has also begun the holidays without her husband Prince Philip after he was admitted to hospital on Friday for precautionary treatment for a pre-existing condition.

Harry has been a frequent visitor to Canada and Meghan, a US former actress, lived there for seven years while filming the TV series “Suits”.

“Their Royal Highnesses the Duke and Duchess of Sussex are spending private family time in Canada,” the spokeswoman said.

“The decision to base themselves in Canada reflects the importance of this Commonwealth country to them both.”

She added: “They are enjoying sharing the warmth of the Canadian people and the beauty of the landscape with their young son.”

Prince Philip, 98, is reported to have spent the night in hospital after being admitted on Friday for what Buckingham Palace described as “observation and treatment in relation to a pre-existing condition”.

The Sun tabloid said the Duke of Edinburgh had suffered a month of ill-health, including a “bad fall” which left him confined to bed for a couple of days.

He traveled to London’s King Edward VII Hospital from the royal Sandringham estate in Norfolk, eastern England, where he spends most of his time following his retirement in 2017.

The Daily Mail said he was flown by helicopter and suffered a “flu-like condition”.

The queen, 93, traveled as expected on Friday from London to Sandringham, where she spends Christmas with other senior royals.