A 13-year-old girl from Tondo is the subject of this year’s UNICEF photo of the year titled “Garbage, the Children and Death.”

The photographer, Hartmut Schwarzbach from Germany, captured the kids of Tondo fishing for trash in the polluted harbor to make a living of P50 a day. His photo series shows kids swimming amid trash and hauling it up to the slums so that it can be sold. 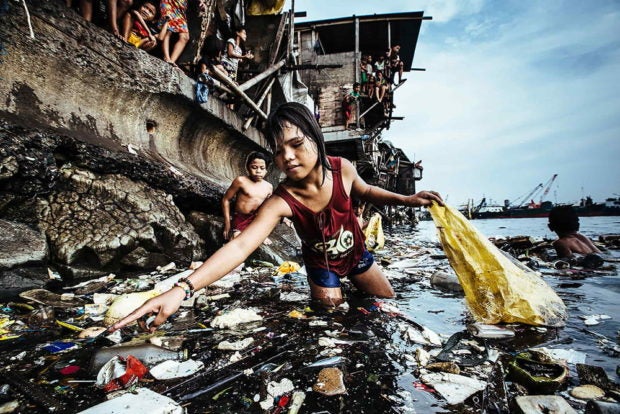 Wenie Mahiya, 13 when the photo was taken, is at the forefront of the winning photograph. She is now 15, as per Schwarzbach via German news outlet DW.

Schwarzbach is a freelance photojournalist who has spent decades capturing the living conditions of children in Asia and Africa.

“[T]he UNICEF Photo of the Year 2019 depicts the many areas where beautiful dreams are yet to become reality,” said Peter-Matthias Gaede, vice chairman of UNICEF Germany. “It is an appeal to not dismiss global problems.”

“Our message is clear: Children are the most valuable resource we have. We are all responsible for their lives and their future,” UNICEF patroness Elke Büdenbender said.

The photo competition has been running since 2000. The winning picture and photo series “best depict the personality and living conditions of children all around the world,” as per UNICEF’s website. /ra