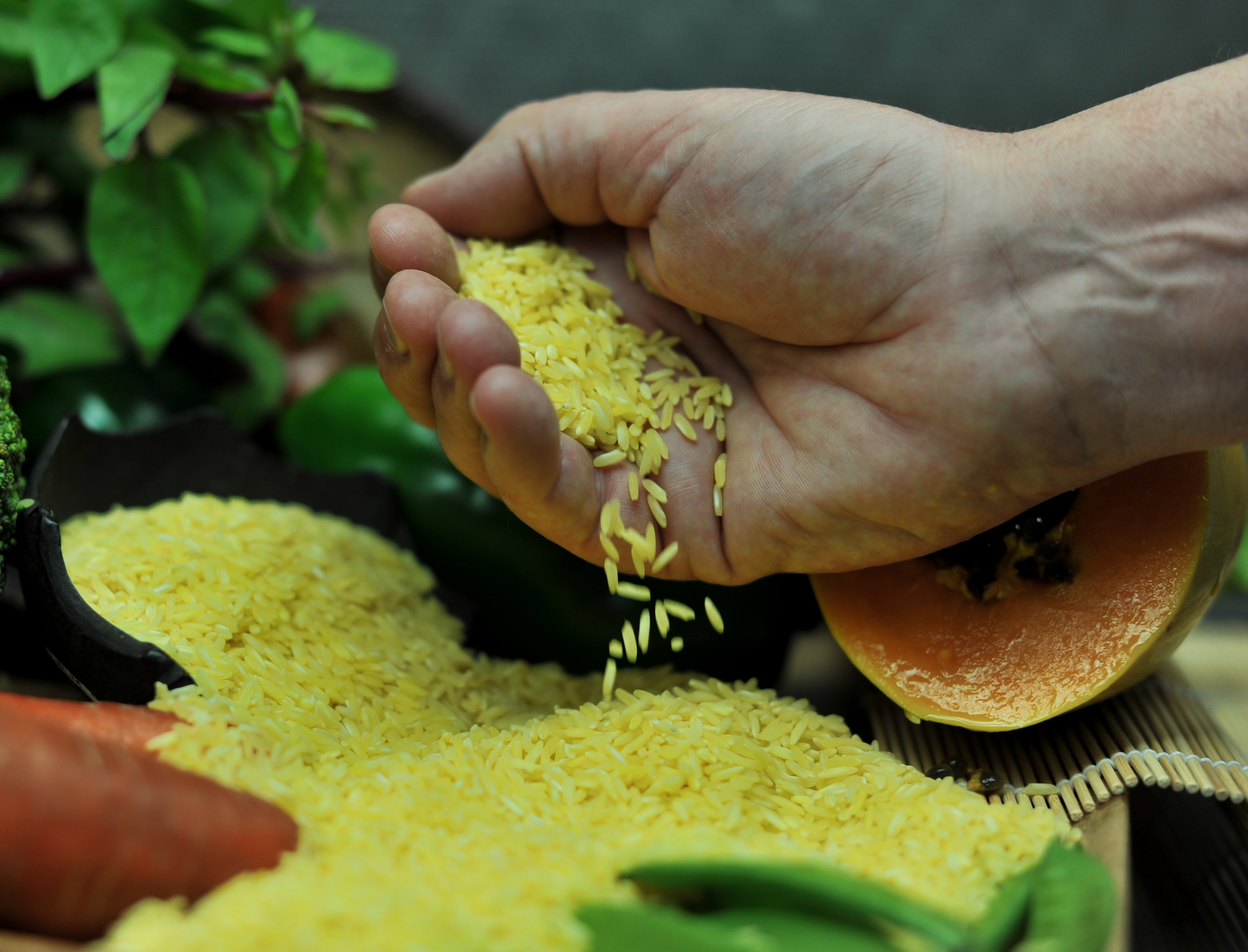 Golden Rice is unique because it contains beta carotene, which gives it a golden color. (IRRI PHOTO)

Golden Rice was the latest among 85 genetically modified (GM) crops that were either approved or in the process of getting a government clearance “for direct use as food and feed or for processing” (FFP) since 2017.

No country has yet to make these yellowish rice kernels, fortified with provitamin A carotenoids, available to the public, although similar food safety assessments had been released in the United States, Australia, New Zealand and Canada last year. Golden Rice is also undergoing a biosafety review in Bangladesh.

In a statement announcing the FFP on Wednesday, John de Leon, PhilRice executive director, looked forward to making Golden Rice a solution to vitamin A deficiency in the Philippines, which was at 20.4 percent in 2013.

Staple cropField trials went on in the Science City of Muñoz in Nueva Ecija province and in San Mateo town in Isabela province despite contentions by activist groups Greenpeace and Magsasaka at Siyentipiko para sa Pag-unlad sa Agrikultura (Masipag) that there was really no need for the GM crop.

According to Irri and PhilRice, Golden Rice provides for “30 to 50 percent” of the vitamin A requirement of pregnant women and children, but which Masipag pointed out to be only 10 percent of the beta carotene from carrots. The group said this was even less than the Vitamin A from readily available vegetables like jute, “malunggay,” squash and orange sweet potato.“In order to achieve that much vitamin A solely from Golden Rice, a woman will have to eat 1 kilo a day, while an adult male, a kilo and a half,” said Alfie Pulumbarit, Masipag national advocacy adviser, on Thursday.

He also said that in order to preserve longer Golden Rice’s carotene content, one had to store it unhusked and vacuum-sealed, which would entail higher production costs even before it reaches consumers’ tables.“It is a staple crop and therefore must be treated with utmost care. To us, it needs both intra- and intergenerational studies to ensure it will not cause any adverse or birth defects [on human populations],” Pulumbarit added.