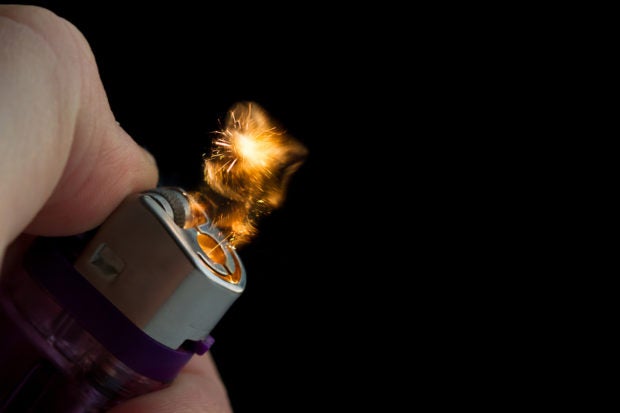 A woman allegedly tried to set her boyfriend on fire. INQUIRER.net stock photo

A woman, who was said to be under the influence of alcohol, allegedly tried to set her boyfriend on fire for not celebrating her new job with her in Arizona, United States. The suspect is facing aggravated assault and criminal damage charges, as per NBC-affiliate KPNX on Dec. 17.

Kathy Elizabeth Jones was arrested on Dec. 11, after she supposedly sprinkled lighter fluid on her boyfriend and then threw a lit match at him, Fox-owned KSAZ-TV reported last Saturday, Dec. 14.

The man, who was also Jones’ roommate, locked the suspect out of their home until the police responded. According to the police, Jones also caused damage to the door frame after her futile attempts to open it.

Jones told the authorities that she does not remember how she was locked out of her own home, but that she recalls being upset about her boyfriend not celebrating her new job at a sandwich restaurant franchise with her. As per report, the woman also drank two alcoholic beverages and two rum-infused mixed drinks on the night of the incident.

The suspect is being held on a $15,000 (almost P760,000) bond. If Jones is released on bond, she is still prohibited from making contact with her alleged victim. Cha Lino/JB