Senate to grill PCGG over losing streak vs Marcoses 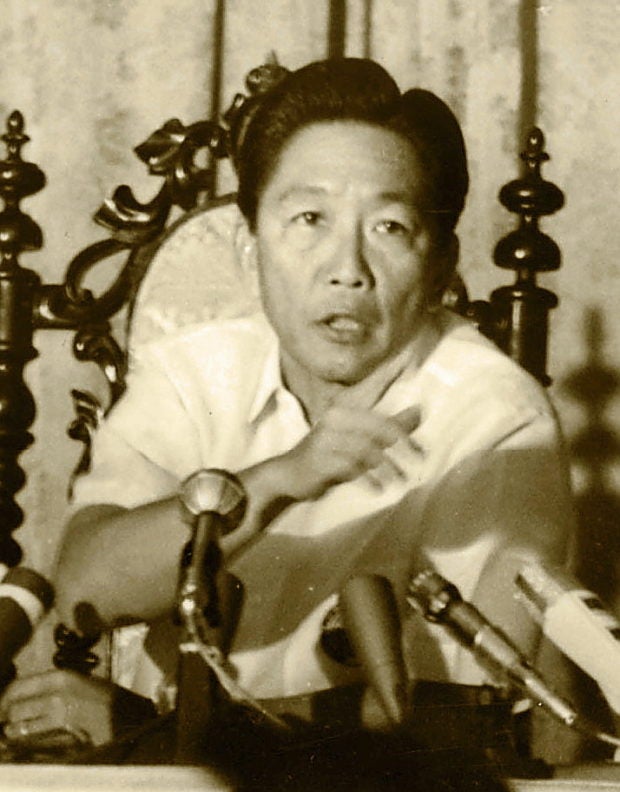 Sen. Richard Gordon on Tuesday chided the Presidential Commission on Good Government (PCGG) over the string of legal setbacks it had suffered in just over five months in pursuing civil cases against dictator Ferdinand Marcos and his family.

Gordon, chair of the Senate justice committee, did not hide his frustration after the Sandiganbayan on Monday threw out for lack of evidence a P200-billion forfeiture case filed against the Marcos family, the fourth such suit the PCGG lost this year.

He said he would initiate a Senate inquiry and summon PCGG Chair Reynold Munsayac and other officials of the agency organized in 1986 to recover the alleged ill-gotten wealth of the Marcoses, which was estimated to reach as much as $10 billion.

“Let’s fix [the PCGG] because there seems to be something broken in it,” Gordon told the Inquirer.

“They have to explain… It would appear that they are very cavalier in preparing for the [prosecution of] cases,” the senator said.

He added, “There’s a case of urgency here. [They] are sending the wrong message to our country, that people get away with [their crimes], and that if you’re patient enough, your cases will be dismissed.”

“There should be accountability,” Gordon said. “We spend so much time and money [to recover the Marcoses’ ill-gotten wealth]. These are high-tickets items.”

He said the failure of the PCGG to recover the Marcos ill-gotten wealth underscored the need for the agency to hire more competent lawyers and strengthen its legal research. “This showed the weaknesses of the prosecution of the PCGG.

It should be a full-court press,” the senator said, adding: “They should get more qualified lawyers because the trick here is in the [legal] research and having good lawyers… those who will do the job.

They should have a timeline.” Gordon, a lawyer, said the absence of the original copies of documents should not hinder the PCGG from presenting other secondary documentary evidence to support allegations that the Marcoses and their cronies had amassed billions of pesos unlawfully.

In junking the four civil suits against the Marcoses, the Sandiganbayan “acknowledge[ d] … the ‘plunder’ committed on the country’s resources” under the Marcos regime, but said the PCGG presented mere photocopies of documents, which flouted the best evidence rule.

Also sought for comment, former Commission on Human Rights (CHR) Chair Etta Rosales called the string of defeats before the antigraft court “devastating,” not only for the victims and survivors of the Marcos regime but also for the people as a whole, whose money was plundered by the Marcoses and their cronies.

“The PCGG is as incompetent as it is allowed to operate under the current Duterte regime,” Rosales told the Inquirer.

“The approach of this government is obviously to allow and tolerate the theft from the past to go on.” She said the money could have been used for the benefit of farmers.

Recovered ill-gotten wealth is one of the funding sources of the Comprehensive Agrarian Reform Law, which aims to redistribute agricultural lands to farmers.

“This stolen money should go straight to the farmers to ensure food security and the enhancement of their plight,” Rosales said. “The three branches of government should wonder why these losses take place three decades after these cases were filed,” she said. “It is clear that this money had been stolen, but the government is allowing these cases to be reduced to technicalities.”

“I hope that this government will listen and consider that this is a gross injustice,” Rosales said. Presidential spokesperson Salvador Panelo told reporters on Tuesday that “any government is concerned with the case filed by it against perceived transgressors of the law.”

“But it’s the court that always decides whether you have a case against the accused,” Panelo said.

“As we have repeatedly said we never interfere with the decision of the court. The court will always decide on the basis of evidence,” he added.

“You must remember that this case was prosecuted prior to the administration. Meaning you cannot blame the present lawyers for that,” Panelo also said. —WITH A REPORT FROM JULIE M. AURELIO INQ