newsinfo / Nation
Nation
‘WE HAVE NO INTEREST HERE’ 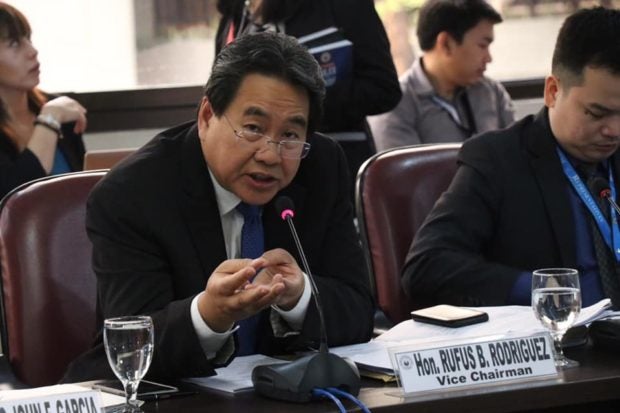 MANILA, Philippines — The proposal of a House committee to amend parts of the 1987 Constitution is not yet final and still open for debates.

This was the assurance of House panel chair and Cagayan de Oro City 2nd District Rep. Rufus Rodriguez as he denied Tuesday that incumbent elected government officials would benefit from the measure.

According to him, the “Resolution of Both Houses” that seeks to extend the terms of congressmen and local government officials and introduce “surgical” amendments to the 1987 Constitution would only apply to those who shall be elected in the 2022 polls.

“We have no interest here… There has to be an election in 2022… We will not be benefited by this,” Rodriguez, who is also one of the authors of the resolution seeking for a Charter change (Cha-cha), said in an interview.

The lawmaker appealed again to the Senate to study their proposal first before dismissing it as “doomed” right away.

“I really appeal to our good senators to, instead of just brushing aside our proposals, for them to really study because there are four proposals which I believe should be discussed in the Senate,” the lawyer-lawmaker said.

“I hope that the senators, instead of just saying na (that) it’s doomed, it’s not a priority, should go into each and every proposal. Are they good for the country or not? That is the main issue there eh,” he insisted.

While Senate President Vicente Sotto III said they are more amenable to revising the Charter’s economic restrictions, Rodriguez still hopes that the upper chamber would still accept the political changes they were proposing.

He said the resolution would most likely be tackled at the House plenary by February after they return from a Christmas break. They aim to forward it to the Senate by March after full-blown debates.

“The final say is the plenary when we convert into a constituent assembly,” Rodriguez said, adding that they would also conduct a massive information drive on the proposal.

The House committee on constitutional amendments discreetly passed last week a resolution relaxing the economic restrictions in the Constitution and extending the terms of local government officials, congressmen, and senators to five years and three terms.

The measure also proposes the election of the President and Vice President in tandem, as well as increasing the number of senators from 24 to 27, or three per region.