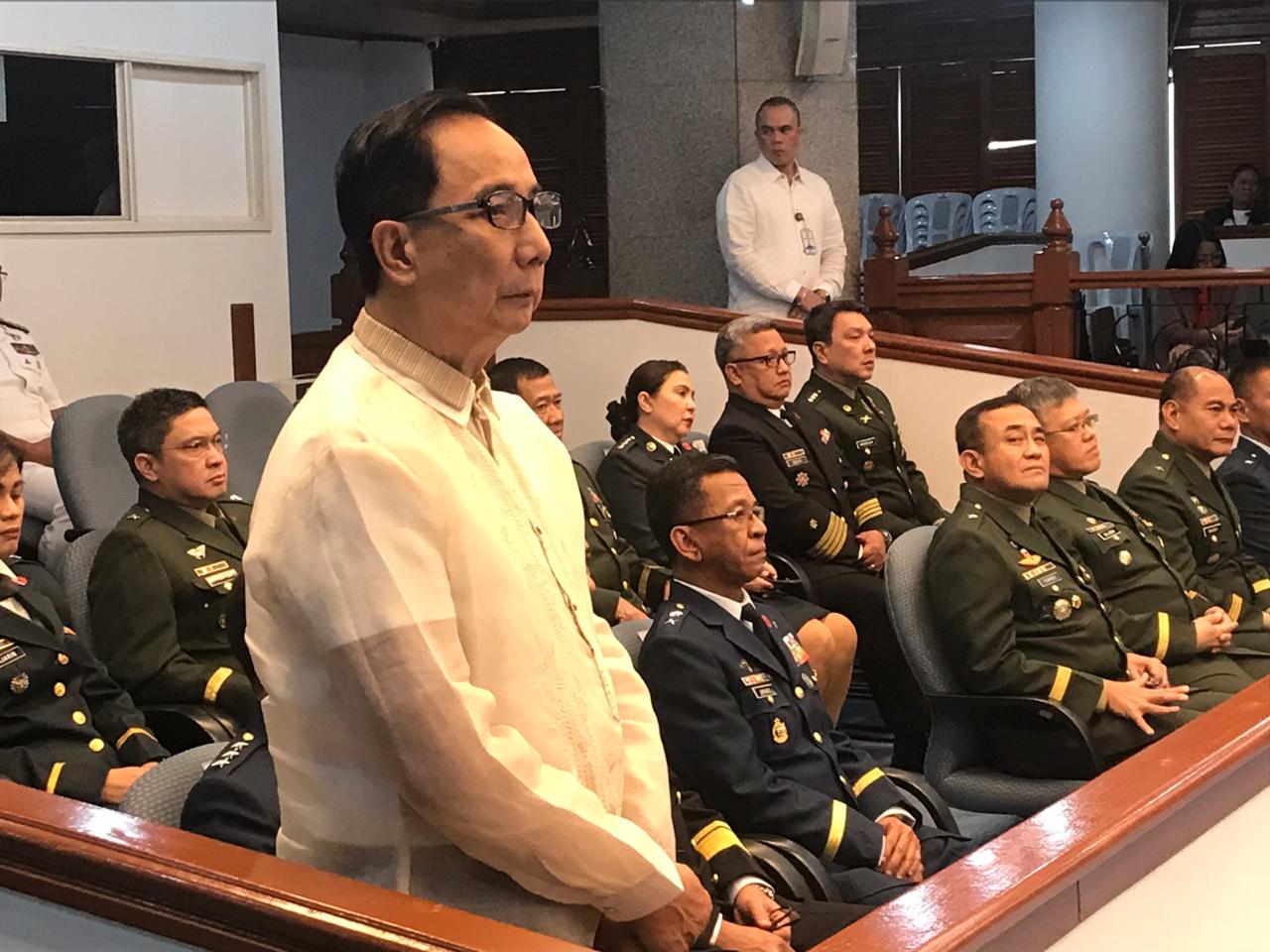 Agriculture Secretary William Dar awaits the confirmation of his ad interim appointment by the Commission on Appointments on Tuesday, Dec. 27, 2019 at the Senate. Photo by Christia Marie Ramos / INQUIRER.net

Before the plenary session, which was presided by CA chairman Senate President Vicente Sotto III, the body’s Committee on Agriculture deliberated on and recommended the approval of the ad interim appointment of Dar as agriculture chief.

Rep. Florencio Noel, chair of the Committee of Agriculture, gave a brief background on Dar as he recommended before the plenary the confirmation of the latter as agriculture secretary.

“Now on his second tour of duty, the appointment of Secretary Dar to the DA came in at a time when President Rodrigo Roa Duterte is in need of an action man, who is determined to elevate the agriculture with his new thinking approach that will establish a food secure Philippines with prosperous farmers and fisherfolk,” he said.

“I stand here to support the confirmation of William Dar as Secretary of the Department of Agriculture. Naniniwala ako na ang pagbabalik ni (I believe that the return of) Secretary Dar sa (in the) DA is of perfect timing, it could not have come at the most opportune time the department in this junction of time needs a leader like him,” she said.

“I believe the department is ready to be under the tutelage and leadership of Secretary Dar once again,” she added.

The President appointed Dar as acting secretary of the Department of Agriculture last August.

Dar was a former director-general of the International Crops Research Institute for the Semi-Arid Tropics (ICRISAT) and acting Agriculture secretary of former President Joseph Ejercito Estrada.