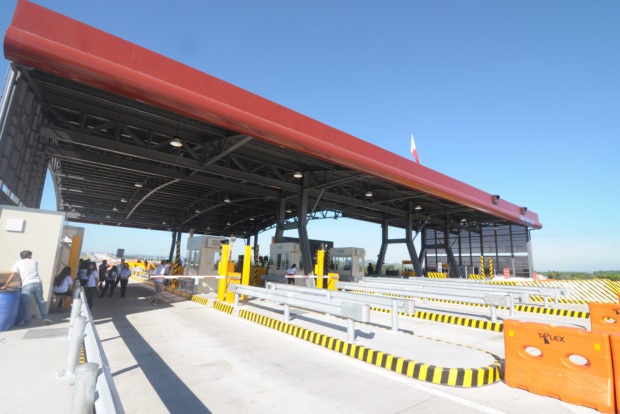 EXPECTING HOLIDAY RUSH While traffic slow down has yet to be reported along the Tarlac-Pangasinan- La Union Expressway, tollway officials are expecting heavy volume of vehicles to clog the expressway’s northbound exits as the Christmas and New Year breaks approach. —WILLIE LOMIBAO

BAGUIO CITY, Philippines — Several experimental and alternative traffic schemes are being implemented in the summer capital in anticipation of more tourists during the Christmas break.

The temporary traffic plan began on Dec. 10 but Magalong had yet to announce when it would be lifted. Road and traffic signs had been put up in routes affected by the new scheme to guide motorists.

According to Magalong, the Metropolitan Manila Development Authority (MMDA) has been doing a comprehensive study on the traffic situation in the city to address the worsening gridlock especially in the central business district.

The MMDA team is composed of traffic experts and engineers tasked with gathering data on the city’s traffic and coming up with solutions.

Baguio officially ushered in the yuletide season on Dec. 1 when local officials ceremonially lit the city’s giant Christmas tree on busy Session Road.The city government is banking on its holiday activities under its “An Enchanting Baguio Christmas” program to draw more tourists during the Christmas break.

The peak tourism season starts in December and continues until February because of the nippier weather.

Local officials said they were expecting more tourists to visit the city after a new section of the Tarlac-Pangasinan-La Union Expressway (TPLEx) was opened to motorists on Sunday.

The 4-kilometer Sison-Rosario segment is part of the TPLEx extension, which was scheduled for completion at an earlier date but was delayed due to right of way acquisition issues.The new TPLEx section is expected to cut 30 minutes of travel time from Metro Manila to this city, and will be toll-free during the holidays, according to the conglomerate San Miguel Corp. (SMC), operator of the expressway.

The Sison-Rosario segment will be closed again in January to allow work on the final section of the expressway’s expansion, a 59.4-km toll road with four lanes.

Tourists planning to see the city’s yuletide activities will also be treated to a Christmas fair at the Rose Garden in Burnham Park. The fair is a local simulation of Christmas markets found across different countries in Europe.

Featured in the fair are curated chalets offering the best of Christmas finds, flavor 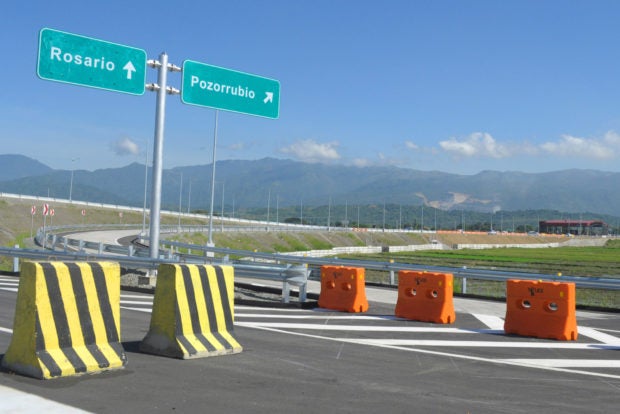 NORTHBOUND: A 4-kilometer section of the Tarlac-Pangasinan-La Union Expressway (TPLEx) from Sison, Pangasinan, to Rosario, La Union, has been opened to motorists on their way to Baguio City and the Ilocos provinces, cutting travel time by 30 minutes. Photo by WILLIE LOMIBAO

s and finery, activities for children and families, as well as a lineup of performances, shows, games and entertainment until Jan. 10, according to Ferdie Balanag, the Christmas project director.

Baguio was planned at the turn of the 20th century by American architect Daniel Burnham for 25,000 people.

But its population in 110 years has grown to as high as 367,000, based on the latest census. The daytime population reaches over 500,000 because of the presence of transients like students and businessmen.

In 2017, the city had 198,599 tourists in December, higher than the 129,572 visitors who arrived for the Panagbenga Festival in February.—With a report from Valerie Damian