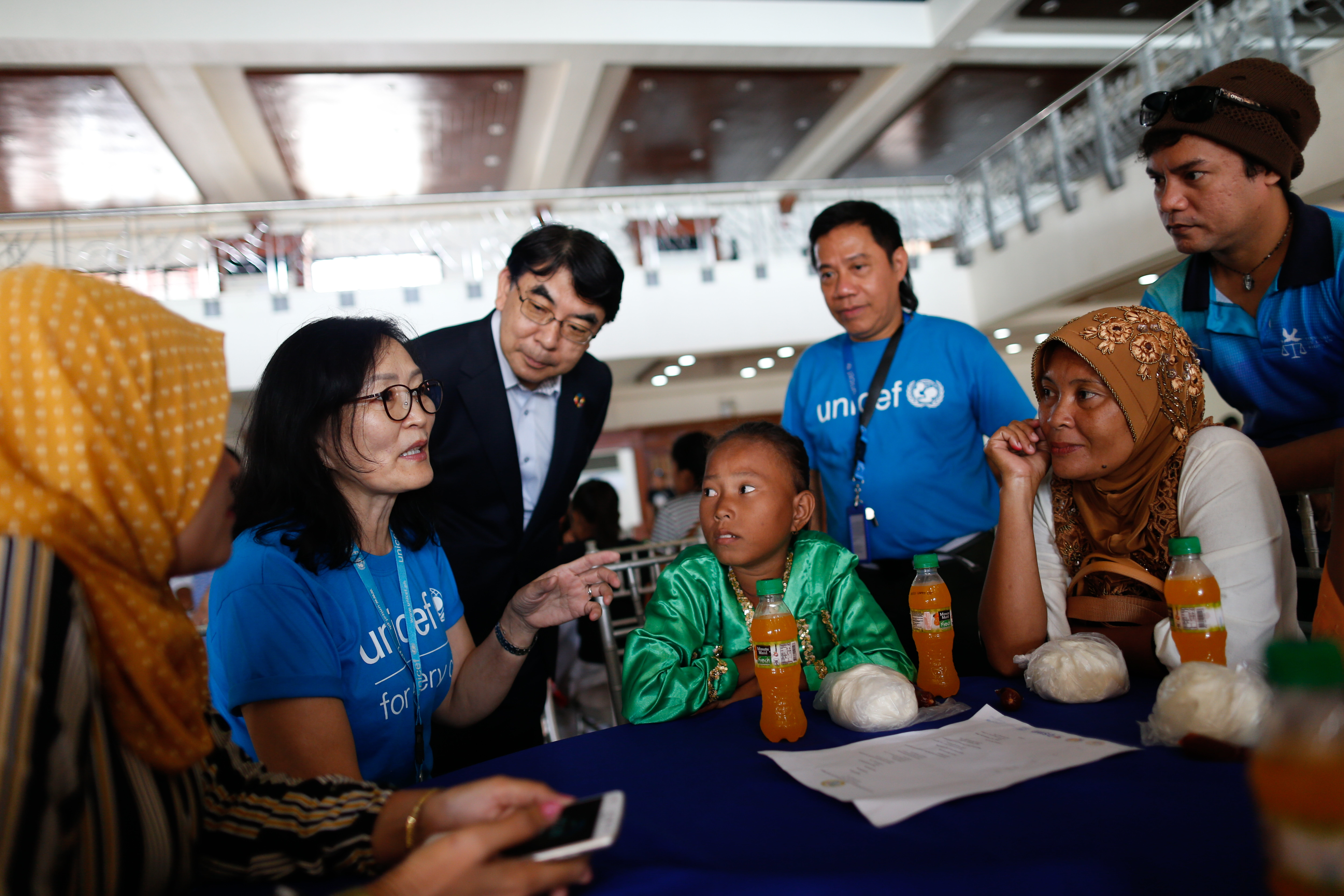 ZAMBOANGA CITY, Philippines — More than 200 members of the Sama Bajau ethnic group here were issued birth certificates in a pilot birth registration project led by the city government and supported by the United Nations High Commissioner for Refugees (UNHCR) and the United Nations Children’s Fund (Unicef).

The documents’ distribution last week was the culmination of a pilot birth registration project for Sama Bajaus, commonly known as Badjaos. UNHCR and Unicef are providing technical assistance to the project under the UNHCR-Unicef joint strategy for addressing childhood statelessness.

According to the UNHCR and Unicef, at least 10,000 Sama Bajaus are living in Zamboanga alone, around 85 percent of them without birth certificates.

In a statement, UNHCR representative to the Philippines, Shinji Kubo, said the Philippines, a signatory to the 1954 Convention relating to the Status of Stateless Persons, identified the Sama Bajaus as a population at risk of statelessness due to documentation issues.

“A birth certificate will help the community assert their rights. Ensuring birth registration also supports our global initiatives to prevent statelessness. This pilot birth registration demonstrates the commitment of the government of the Philippines toward achieving the SDGs (sustainable development goals), ‘leaving no one behind,’” Kubo said.

Oyunsaikhan Dendevnorov, Unicef Philippines representative, stressed the right of every child to a name and identity.

“Birth registration forms the basis of identity. It has much larger implications on children to have access to education, health care and social services. This is invaluable for the indigenous population and those at risk of stateless such as the Sama Bajau we have reached,” Dendevnorov said.

A pilot registration project, which started in October this year, seeks to register 1,500 people in the community led by the Department of Justice.

This initiative also involves the National Commission on Indigenous Peoples, the Department of Social Welfare and Development, the Commission on Human Rights and the barangay council of Kasanyangan in Zamboanga City.

By year-end, the project aims to provide birth certificates to 412 Sama Bajaus. It hopes to reach more communities in need of birth registration documents next year.