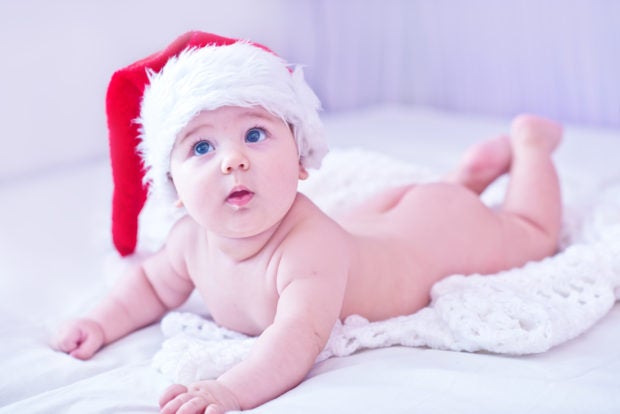 A mother gave birth to a healthy baby boy after finding out she was pregnant nine days before going into labor. INQUIRER.net stock photo

A mother claimed that she just received “the best Christmas gift since Jesus” after giving birth to a baby boy on Dec. 2 in the United States, and knowing all about her pregnancy just nine days before she went into labor.

Lauren Chalk, a mother from Memphis City, Tennessee, considers baby Wyatt her “miracle baby,” Fox-affiliate WHBQ-TV reported on Dec. 13. Chalk and her husband have given up on having kids after two miscarriages in 2015 and 2016.

“Me and my husband just figured it wasn’t in the cards for us to have children,” Lauren said in the exclusive interview.

The 28-year-old mother was diagnosed with polycystic ovary syndrome as a teen, as per report. The condition caused irregular menstrual cycles, which was why she did not immediately notice she was pregnant. Chalk was 38 weeks along her pregnancy when she finally took a pregnancy test.

“I don’t think I could love anybody more than [how] I love Wyatt,” Lauren added. “He’s the best gift that anybody could give me. Best Christmas gift since Jesus.”

Chalk stated that she did not get sick during her pregnancy, The Norwalk Hour reported on Dec. 14. She disregarded the movements she felt as gas bubbles.

Chalk only found out about her pregnancy the weekend before Thanksgiving, after she visited her mother who is a medical professional. Chalk’s mother noticed that she seemed “on edge” and suggested that maybe her hormones were off, as per report. The couple had to wait until the holiday was over to see a doctor.

The mother gave birth through induced birth at the Baptist Women’s Hospital on Dec. 2. The healthy newborn baby came home with his family after six days.

Chalk said the past complications of her previous pregnancies made it hard for her and her husband to believe a full-term pregnancy was possible. The couple also said in the report that at the beginning of the year, they already even considered adopting a child. Cha Lino/JB

Mother who threw her newborn baby at crib jailed