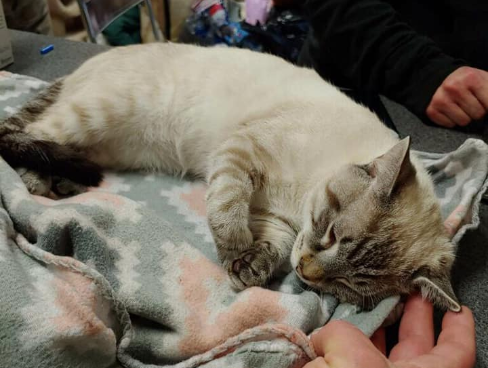 A cat died after being struck by its owner for playing with the ornaments on the Christmas tree. Image: Facebook/Washington County, TN Animal Shelter

It appears that one man in the United States valued his Christmas ornaments a little too much, at the expense of an animal’s life.

Aaron Duke Rover struck a kitten for playing with his Christmas tree, which eventually lead to the creature’s death in Johnson City, Tennessee. Rover was charged with one count of aggravated animal cruelty, as per Johnson City Press on Dec. 10.

The 24-year-old man took the injured cat to an animal shelter on Nov. 30, NBC-affiliate WCYB reported on Dec. 13. Rover claimed that he found the cat injured on the side of the road, as per local city press. Johnson City Animal Shelter took the pet to an animal hospital for treatment because the cat could not even stand up. Unfortunately, the kitten died after a few hours.

The shelter posted about the kitten’s passing via Facebook on Dec. 6. It thanked everyone for praying for the cat, but it did not disclose any detail about the cause of the cat’s death due to the on-going investigation.

A woman later called the shelter’s director Tammy Davis, to inform her that Rover lied about the cat’s injuries, and that apparently, he also lied about the cat not being his pet. The police report WCYB cited also stated that a friend of Rover’s fiancé showed the authorities a video of Rover injuring the feline creature.

An animal control officer spoke to Rover on Dec. 2, according to the report, and he confessed that he hit the cat for meddling with the Christmas tree. The local press also stated that Rover “confirmed that he had struck the cat and had done so before.”

Rover had his preliminary hearing in the Washington County General Session Court last Tuesday, Dec. 10. He is set to appear back in court by February next year. Cha Lino/JB